Will Can Yaman and Demet Ozdemir work together again? 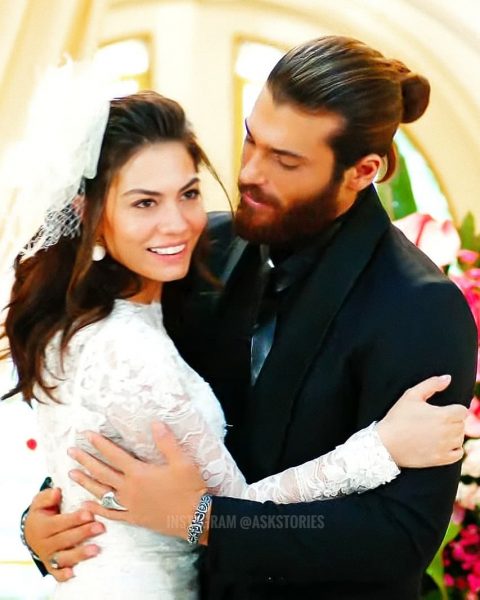 The great success of the summer series Early Bird / Erkençi Kus and especially the duo Can Yaman and Demet Ozdemir not only in Turkey but also abroad made many fans of the project hope that the producers would want to repeat the popular couple again in the near future. So will Can and Demet work together again soon?

The owner of Gold Film who produced the Early Bird series Faruk Turgut made an important statement in one of the television programs. He said that he had actually signed an agreement with both actors and intends to work with them in future projects. However, alas, to the frustration of all, he does not plan to repeat the successful duet despite the pressure of fans.

According to the producer when the actors work well together it is not surprising that fans want to see the duet again. However, pairing again will not be correct; he does not want to repeat himself.

We remind you that in the near future Can Yaman plans to work in a movie, and also joins the army in December. He will most likely return to the series in the winter or spring season of 2020.

In turn, Demet Ozdemir rejected several job offers in films that were similar to her role on the TV series “Early Bird”. The actress’s dream is to play a new character in the feature film. The only proposal she accepted was shooting in a commercial. Work on advertising is scheduled for late August. Her new image will greatly surprise the audience.

Alas, this is not the first time that Turkish producers have brutally disappointed fans. Until now, many fans dream of repeating such successful couples as Kıvanç Tatlıtuğ – Beren Saat, Çağatay Ulusoy- Hazal Kaya, Engin Akyürek – Beren Saat. However, unlike their counterparts from other countries, Turkish filmmakers are too afraid of failure and do not want to risk it. Fans of Can Yaman and Demet Ozdemir seem to have to “join the ranks” of other fans who are still hoping for a miracle.