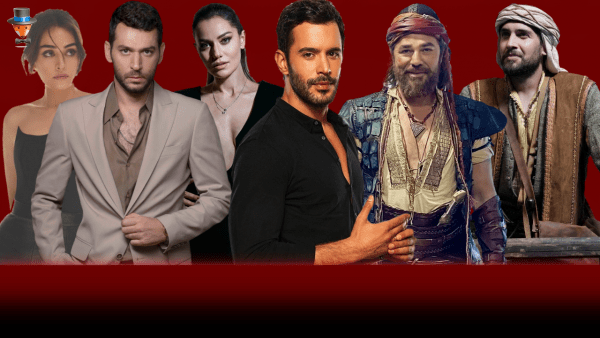 Every television season in Turkey brings viewers pleasant surprises and unexpected disappointments. Viewers are waiting for their favorite actors and believe that they will return to the screens with a new hit. So, what kind of TV shows await us in the new fall / winter season 2021/2022?

The Brothers Barbarossa / Barbaroslar. Starring Ulaş Tuna Astepe and Engin Altan Düzyatan. Produced by ES Film for the state TV channel TRT1. This series will be the highest budget project in the history of Turkish television. Viewers are promised a fascinating story of the four Barbarossa brothers, who controlled the entire Mediterranean Sea, becoming the striking force of the growing Ottoman Empire. The project will be released in September.

Alparslan. Starring Barış Arduç and Fahriye Evcen. Produced by Akli Film. After the abrupt end of the series Awakening: The Great Seljuks, viewers expressed concern whether the new project of producer Emre Konuk, which will be the prequel to the story of Meliksah and his son Sencer, will be just as successful. However, the preparation for the project is impressive, the new star couple looks very promising and arouses interest. We are waiting for the story of one of the most powerful sultans of the Seljuk state, who defeated the superior forces of the Byzantine Empire.

Three kuruş / Üç kuruş. Starring Uraz Kaygılaroğlu, negotiations are underway with Taner Olmez. Contrary to the expectations of fans, Aras Bulut İynemli will not be in the series. Produced by Ay Yapim. The project is scheduled to take the place of the legendary TV series Çukur on Show TV on Monday. The stakes are very high as Kerem Çatay’s company is in a very precarious position. Almost all of its TV shows have suffered a resounding defeat in previous seasons. We are waiting for the story of a policeman, mafia and a serial killer, told by the team that previously worked on the legendary TV series Çukur and Içerde. Whether the project turns out to be as successful as its predecessors, the fall season will show.

Legend / Destan. Produced by Bozdag Film. Starring Ebru Şahin. Negotiations are underway with Kerem Arslanoğlu and Burak Tozkoporan, who may become the co-stars of the actress in this project. The producer of the project, Mehmet Bozdağ, is one of the most significant persons in Turkish show business, the creator of the series Resurrection Ertugrul and The Ottoman. The series will tell the love story of an orphan girl and a khan’s son, whose arm is paralyzed. Events will take place in Central Asia in the 9th century, when the Turkic tribes converted to Islam.

Lawless Lands / Kanunsuz Topraklar. Produced by Gold Film. Starring Ugur Günes and Esra Bilgiç. The plot focuses on the impossible love story of the simple miner Davut and the daughter of the owner of the mine Gulfem, which takes place in the 1940s.

Prisoner / Mahkum. Produced by MF Yapim. Starring Onur Tuna. This is a remake of the hit Korean drama Innocent Defendant, which follows a prosecutor charged with murdering his family. The amnesiac protagonist must uncover a conspiracy that he has become a victim of and deal with a powerful enemy, which is not so easy to do as he is in prison awaiting a verdict.

Break-up / Ayrılık. Produced by MF Yapim. Starring Gökçe Bahadır. The project is an adaptation of the popular British TV series The Split. The plot of the series is based on the work of a law office specializing in divorce proceedings

Aziz. Produced by O3 Medya. Murat Yıldırım returns to the screens in the new season with a character named Aziz Paydar. The events of the new series will take place in the 30s of the last century in Antakya. His character is forced to leave his hometown and love of his life, Dilruba after causing the death of a French lieutenant. After the incident was forgotten, Aziz Paydar returns to his hometown, where a completely new life awaits him.

Lawsuit / Yargı. Produced by Ay Yapim. Starring Pinar Deniz and Kaan Urgancıoğlu. Preparations for the project took over two years, the scriptwriter Sema Ergenekon spent a lot of time in the courtrooms of Turkey to better understand how the judicial system works. Perhaps, for the first time, we will not be shown the fiction lawyers that are present in any decent Turkish TV show, but real court cases and the real justice system in Turkey.

Mevlana. Produced by Kale Film. Starring Timuçin Esen, Kaan Yildirim, Yusuf Çim. One of the most significant projects of Turkish television, which is being prepared not only for the public TV channel but also for sale abroad. That is why the format of the series has been seriously changed – 50 minutes, 30 episodes, which are shot in advance. One of the best directors in Turkey, Can Ulkay, for whom this will be the first experience of working with serials, is in the director’s chair. He is best known for his films, which were successfully shown both in Turkey and abroad (Muslum, Ayla, Paper Lives). The story focuses on the fate of the medieval Sufi poet, philosopher and theologian, the famous Jalaladdin Rumi.

However, perhaps the most interesting projects of the next season have not yet received their stars, and we can only guess who will play in them. After all, it is expected that these will be the most famous names in Turkish show business.