Did Ayça Ayşin Turan and Alp Navruz fell in love? 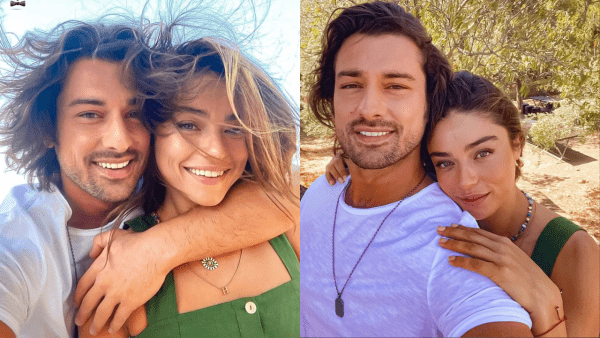 What is going on between Alp Navruz and his co-star in the series Tale of the Island / Ada Masalı Ayça Ayşin Turan? Love or friendship? According to the Turkish press, the actors became a couple not only on the screen, but also in real life.

According to the journalist of the Hurriyet publication Mehmet Üstündağ, fictional love between Alp Navruz and Ayça Ayşin Turan developed into a real relationship. The actors spend time together not only on the set, but also outside it. At the same time, the actors who denied a love relationship cannot hide mutual sympathy on the set.

According to Mr. Üstündağ, Alp and Ayça do not want their personal situation to affect the series. However, they prefer to spend their holidays together. At the end of August, the couple rested on the yacht of their close friends, and they spent the last weekend in Alaçati.

Although lovers prefer not to publicize their relationship so as not to disrupt the work rhythm on the set, however, as the journalist is convinced, there are two things that are very difficult to hide: when you are drunk and when you are in love.

Note that Alp Navruz, a few years before meeting Ayça on the set of the Tale of the Island series, admitted that he was her fan. And as soon as the series began, he broke off relations with his former girlfriend. Ayça is considered a very private person and does not show her personal life, but she made an exception for Alp: the actors simultaneously published a very revealing joint photo on their Instagram pages. Whether they admit their relationship or whether it will remain only a fantasy of the journalist, time will tell.