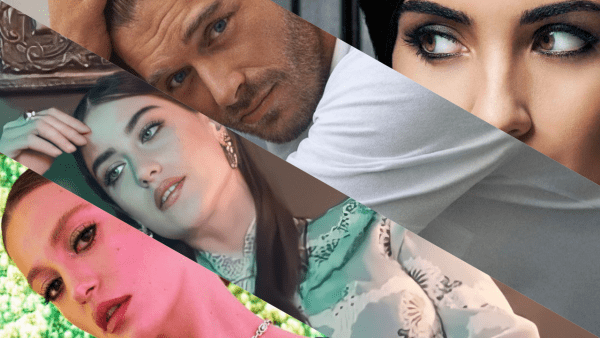 
Netflix, the first international digital platform to enter the Turkish market, does not often please its Turkish subscribers, releasing local series every 3 to 4 months. Thus, on November 5, platform users will see the new project Club / Kulüp, which is actively advertised on the streets of Turkish cities. Everything will change next year, because the platform has so many TV series in production that it will be able to delight its subscribers every month.

The series Story of the Submarine / Bir Denizaltı Hikâyesi (another name is Yakamoz S245) starring Kıvanç Tatlıtuğ, is ready for release and may be released on the platform in the coming month. We remind you that the series is a spin-off of the popular Belgian project “Into the Night”. According to preliminary information, Netflix has given the go-ahead for the second season of the project, which will merge with the TV series “Into the Night”.

Filming of the series Midnight at the Pera Palace / Pera Palas’ta Gece Yarisi starring Hazal Kaya and Selahattin Paşalı was completed in the summer and now the post-production of the project is under way. The Netflix management was very pleased with the work of the American-Turkish team (recall that the series is filmed by the Hollywood company Karga 7 Pictures) and has already given the green light for the 2nd season. Apparently, its shooting will start in the summer, after Hazal Kaya completes work on television, in the TV series Guest. The first season will be seen by audience in winter or spring.

The series Flight of the Bird / Kuş Uçuşu, which is produced by Ay Yapim, will tell about the conflict of generations and the attempt of Generation Z to gain a leading position in a world that still controls Generation X. Starring Birce Akalay, İbrahim Çelikkol and Miray Daner.  The series has not yet received approval for the following season, and is a “wild card” that can either fail or be a big success.

The series Another Self starring Tuba Büyüküstün and Murat Boz was renewed for a second season even before it aired. Netflix’s management decided to renew the project after reviewing the provided material from the first season. This means that, as in the case of the Hazal Kaya’s series, special stakes are placed on the project.

The series The Uysals / Uysallar attracts attention primarily with its talented team, which previously made the famous TV series Personality / Şahsiyet. The scriptwriter is Hakan Gunday. Directed by Onur Saylak. Starring Haluk Bilginer, Songul Oden and Uğur Yücel. What fate awaits the project is completely unclear. Recall that the previous work of the director and screenwriter aroused great interest among professionals, received an Emmy for the best actor’s work by Haluk Bilginer and … failed among Turkish audiences. Nobody can predict how Netflix users will react. The series has already been filmed and is expected to be released early next year.

The series Erşan Kuneri starring Cem Yilmaz, Ezgi Mola, Uraz Kaygılaroğlu and Nilperi Şahinkaya, attracts attention with an excellent cast. However, this is a sitcom. Experience shows that the foreign audience does not really appreciate the specific Turkish humor. Perhaps the show will be popular in Turkey, but its fate outside the home country is difficult to predict.

The series Hot scull / Sıcak Kafa, produced by TIMS & B, attracts attention with its unusual theme. Turkish producers have not previously worked in the dystopian genre, and therefore the producers face difficult technical challenges. Starring Osman Sonant, who plays a humble linguist who can stop the epidemic of madness sweeping the world. Considering that Netflix has not allocated enough funds for this project, we are waiting for a modest version of science-fiction with several special effects and a lot of indoor scenes. Whether the foreign audience will like it will depend only on the story. If it turns out to be interesting enough, then the shortcomings of the technical implementation may well be forgiven. Otherwise, producer Timur Savci would be in great danger of embarrassment.

The series Şahmaran produced by TIMS & B is another attempt to make a fantasy project with a rather modest budget. However, the previous Turkish fantasy series The Protector turned out to be quite a successful experiment, so it is possible that this project is waiting for the same success. Starring Serenay Sarikaya, who plays the role of a 400-year-old snake, hiding her true identity, and Burak Deniz. The script for the series is written by Pinar Bulut. The director of the project is Umut Turagay, who previously worked on the series Unfinished Circle of Love. The series is in production and will be ready in the second half of next year.

The series The  Rise Of Empires: Ottoman produced by the Hollywood company Karga 7 Pictures, which was created by immigrants from Turkey, aroused considerable interest among the international audience. Not surprisingly, Netflix commissioned a second season of the successful show. The filming of the second season of the docudrama is already underway, but besides the fact that it features Ali Gözüşirin, we do not know anything. It seems that secrecy is something that accompanies all projects of the platform. Details of the series will only be revealed when the official advertising campaign kicks off next year.

The series Who were we running from, mom? / Biz Kimden Kaçıyorduk Anne, filmed in Cappadocia, is an adaptation of the novel of the same name by Perihan Magden. The director is Ceylan Ozgun Ozçelik. The screenwriter is Ertan Kurtulan. Starring Melisa Sözen. Produced by Irfan Sahin, the 8-episode series will be available on Netflix next year.

Good news for fans of the series Fatma: Netflix has renewed the project for a second season. This was reported by the leading actress Burcu Biricik. Apparently, the shooting of the show will start in the summer. The first part was logically finished, and it is a rather risky idea to renew it, but the Netflix management cannot just abandon a project that makes a profit. Let’s see if the creators of the series manage to keep the audience’s interest in the second part. If it works out, then the third and even the fourth season awaits us, as happened with the series The Protector.

The project Black Istanbul starring Çağatay Ulusoy is still in the pre-production stage. However, we will not see it next year. The production of a fantastic series with a large budget implies a very long preparation period and the availability of technical facilities that are not yet available to Turkish producers. This will change with the creation of Netflix Film Studio in Istanbul.

And this is not the only project that will go into production next year. Netflix has dozens of new Turkish series and films at the pre-production stage, which is logical: after all, in 2022, two new competitors will enter the Turkish market at once. It is already known that the international digital platforms Disney Plus and HBO Max are currently launching a dozen of their own Turkish TV series. It is unlikely that Amazon Prime, which is already on the Turkish market, will sit idly by. Looks like at the end of next year, viewers will be receiving new series premieres on digital platforms every week.