Two series with the same story 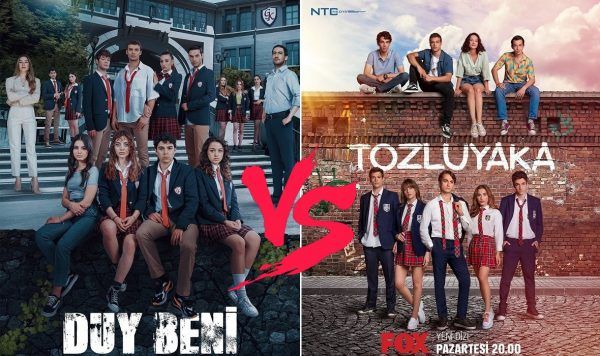 Hear Me and Dusty Shore

Journalist Sinan Guzel wrote a rather critical article in which he sharply criticized the scriptwriters of the series ‘Hear Me / Duy Beni’ and ‘Dusty Shore / Tozlu Yaka’. In his opinion, the same story is presented in two youth drama series: a prestigious college, a crime, the school administration, which is trying to hush up the case, the friends of the victim, who decided to investigate the case.

The journalist does not know who stole the plot from whom, but the scriptwriters probably revised the Netflix series. Especially the series ‘Elite’. Or maybe someone deceived the TV channels by selling the same story twice. Small details are changed, but the essence is the same. So now, if you miss an episode on Fox TV, feel free to turn on the series on Star TV and you will be in the know. You will not even understand that these are different shows.

The journalist draws disappointing conclusions: two large TV channels in Turkey, budgets of millions of Turkish liras, huge advertising. At the same time, the stories are the same, even the skirts of the schoolgirls are the same. Only the film crews are different. The audience was fooled again.