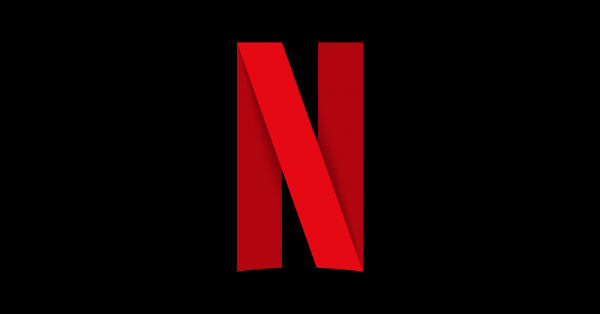 Netflix Turkey announced its next TV shows that will be released on Netflix in 2023-2024. As the content director of Netflix Turkey Pelin Diştaş announced, the following shows will be translated into over 30 languages and will be presented exclusively on Netflix.

The Netflix series will be premiered on Friday, December 2nd. Based on the novel Sıcak Kafa by Afşin Kum,  Hot Skull takes place in a world which has been shaken by the “mumbling”, an epidemic of madness disseminated by language and speech. The only person mysteriously spared is Murat (Osman Sonat), a former linguist. To hide his state from everyone, he hid at the home of his mother and became a recluse. But the relentless Anti-epidemic agency discover the truth and follows him, forcing Murat to leave the security zone and flee to the ruins of Istanbul. Murat set off on a wild journey to reveal the secrets of his immunity, his ‘hot skull’. Also starring Hazal Subasi, Şevket Çoruh, Tilbe Saran, Kubilay Tunçer, Özgür Emre Yıldırım and Gonca Vuslateri. It is produced by TIMS&B Production.

The Creature is based on the novel of Mary Shelley  “Frankenstein”. It takes place at the start of the 20th century and extends from Bursa to Istanbul. The TV show centers around Zia, a courageous and disobedient young medical student who dreams of becoming a superb physician and curing various epidemics that conventional medicine is unable to treat. Dr. Ihsan, whom Zia met in Istanbul, is essentially the only person in the world who can comprehend him. He stands between crazy and genius. The illicit experiment that these two oddballs and wounded souls began together will cost them dearly. Created and directed by Çağan Irmak, the series stars Taner Ölmez  and Erkan Koçak Köstendil, along with Şifanur Gül and Bülent Şakrak. It is produced by O3 Medya.

The show is a fresh and contemporary romantic comedy series whose “extreme love” story is filled with complicated relationships and high energy, written by Ece Yörenç and produced by Ay Yapim. It’s the story of various characters who are all looking for love.

In the series, Şahsu is resolved to confront her grandfather, who abandoned her mother decades earlier, while on a lecture trip to Adana. Şahsu encounters a strange and enigmatic community named Mar, descended from Shahmaran. The Mar race anticipates the arrival of Şahsu, who will bring about the fulfillment of the historical prophecy. The Mar race believes in the mythology of Shahmaran, one of the greatest emblems of love and knowledge. Nothing will ever be the same again once Şahsu and Maran meet paths. It is produced by TIMS&B Production, and stars Serenay Sarıkaya, Burak Deniz and Mert Ramazan Demir.

Based on a true story. The Tailor, starring Çağatay, is the story of Peyami, a talented young tailor who inherited his grandfather’s business and talent. With the passing of his grandfather, Peyami is forced to care for his mentally ill father in secret while living in Istanbul. Esvet suddenly finds herself caught up in Peyami’s secret while fleeing an abusive relationship and hiding her own mystery. Şifanur Gül, Salih Bademci and Olgun Şimşek are co-stars. Produced by OGM Pictures.

Who Were We Running From?, based on the same-titled novel by Perihan Mağden, follows a mother (Melisa Sözen) and her young daughter Bambi as they are on the run from someone. They travel frequently, stay in luxurious hotels, and leave a trail of bodies in their path. But it soon becomes clear that the fairy tale isn’t everything Bambi’s mother had promised her, as lavish hotels are substituted with filthy motels. Produced by 1441 Production.

The following series are scheduled to premiere in 2024:

Created and directed by Özgür Önurme (Fatma), Asaf tells the story of an ordinary Uber driver with high ethical standards who is attempting to rebuild his life after separating from his wife and son. Asaf’s life is one day forever changed by an unfortunate accident that makes him a pawn for the wrong people. Produced by Idea Film.

In the TV show “The Town”, two brothers who had drifted apart over the years, come together in their small hometown after the loss of their mother. They and their close childhood friend find themselves trapped in a game of cat and mouse, after finding bags of cash in the trunk of a damaged car. Will they give up on their goals or seize the one chance to make a difference in their lives?

From Berkun Oya, creator of Ethos and Cici, comes a series that follows the family and their decades-long journey. We will see mother, father and child competing and challenging each other and the surrounding society. The unusual structure of the narrative will allow viewers to dive into a world of unique reality that understands life and death and beyond…

Finally, several Turkish hits of Netflix return in the coming months with new seasons: Rise of Empires: Ottoman, The Club, As the Crow Flies, and Midnight at the Pera Palace.