On January 29, the Turkish TV series “Içerde” with Çağatay Ulusoy and Aras Bulut İynemli,  starts on the Imagen television channel in Mexico

Turkish actress Ayşen Gruda died today in a hospital in Istanbul. Recall that she suffered from cancer. Her last work was a role in the series “Bizim Hikaye”

The meeting of Turkish producers and distributors is postponed to a later date, as President Recep Tayyip Erdoğan postponed the signing of a new cinema law 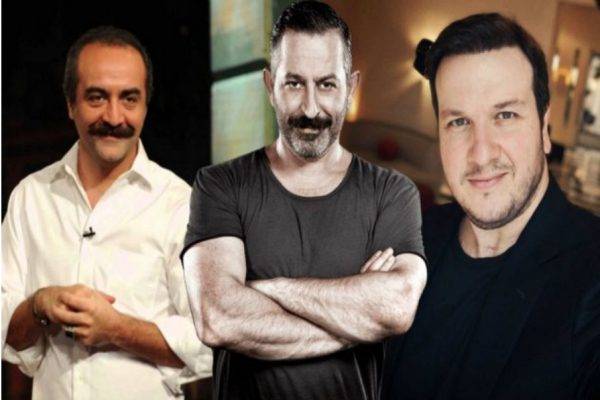 The Turkish media were quick to announce that Meltem Cumbul, who is known for the international audience for the role in the series The Magnificent Century, decided to end his acting career and enter politics. Meltem announced her candidacy for mayor of Şişli district. Recall that the municipal elections in Turkey will be held March 31. However, later the actress hurried to refute this information.

The film of Erdal Beşikçioğlu and Burcu Biricik “Çiçero” gathered 160 thousand viewers in the first three days of screening. This is not a complete failure, but it cannot be called a success either.

The famous singer Emrah, who ended his career after working in the TV series “Aşk ve Mavi” did not long enjoy retirement in Bodrum. Yesterday, he was noticed in Istanbul in the Nişantaşı district. As Emrah admitted, he is planning a new project in the very near future.

The series “Muhteşem İkili” again on the verge of closure. If project ratings do not start to rise, then channel D will be forced to close it on the 13th series.

Aras Bulut İynemli decided to take up his autobiography. The actor believes that his success story can inspire young people and give them confidence, which is sometimes lacking.

Turkish media reported the details of the marriage of Mesut Özil and Amine Gülşe. The wedding will take place in London immediately after the holy month of Ramadan. Amine will change three dresses from designer Raşit Bağzıbağlı. Earlier, he also created a wedding dress of Fahriye Evgen

Erkan Kolçak Köstendil and his wife Cansu Tosun were photographed in one of the shopping centers of Istanbul. The couple refused to answer questions

The broadcast of series “Adini Feriha Koydum” has come to the end in Ecuador. TC Television’s official account in Twitter congratulated the audience on the happy ending of this story.

The Turkish series “Medcezir” started to air in Spain on January 21. The ranking of Turkish TV series in Spain is as follows:

Engin Benli joined the cast of the series “Diriliş: Ertuğrul”