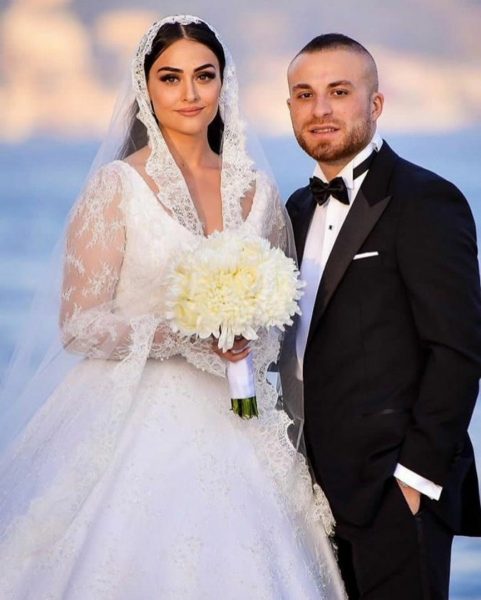 Esra Bilgiç and Gökhan Töre who get married in 2017 in the presence of Turkish President Erdogan, decided to break up. Today, a court meeting was held at which the actress renounced all property claims against her spouse. Recall that under Turkish law, the husband is obliged to maintain his ex-wife until her remarriage, if she does not give up the material claims that Esra did.

In turn, the football player also said that he had no complaints about his wife. As a result, the court session was completed in 10 minutes and Esra and Gökhan finished their two-year marriage in 10 minutes. Rumor has it that the reason for such a hasty decision was the infidelity of Gökhan that Esra could not forgive him.

Recall that earlier the actress left the popular TV series Resurrection Ertugrul at the insistence of her husband. She is currently studying acting at the Royal Academy in London. Esra has already changed her surname in her Instagram account and has deleted some of her ex-husband’s photos, but a few of the photos are still there, indicating a completely peaceful divorce.