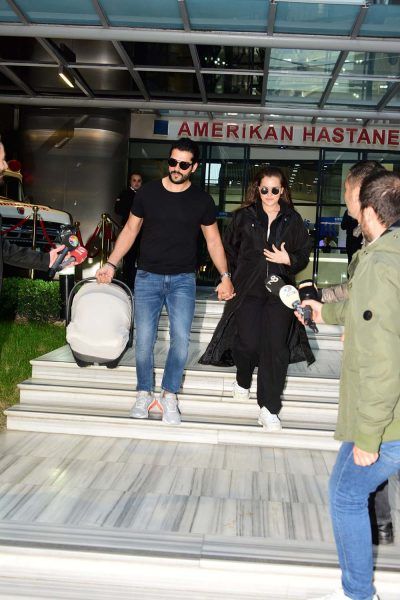 The most popular star couple in Turkey, Burak Özçivit and Fahriye Evcen, who were married in 2017, finally took their firstborn in their arms. Baby Karan Özçivit was born on April 13 at 13:30.

The boy was born at the American Hospital in Istanbul. According to Takvim magazine, Burak paid a private clinic 50 thousand lira to close the entire floor on which his pregnant spouse was located in order to protect her and the baby from unwanted attention and stay close to her during childbirth.

Two days later, the happy spouses had already been discharged from the hospital, carefully concealing the child from prying eyes. As the press reported, the birth went without complications and the parents experienced indescribable emotions when they saw their baby. Happy Fahriye showed reporters a necklace with the name of her son, which her husband presented her and denied the news that they allegedly sold his photographs for 2 million lira.

From now on, Fahriye Evcen Özçivit will look after the child, and Burak will begin filming the series Diriliş: Osman, that is scheduled to start in November of this year.

READ  Rating of popularity of actors in the Turkish media