TV company MF Yapım begins to prepare a new series for the TV channel Show TV, that is a remake of the Japanese TV series Love That Makes You Cry. Screenplay by Tayfun Güneyer 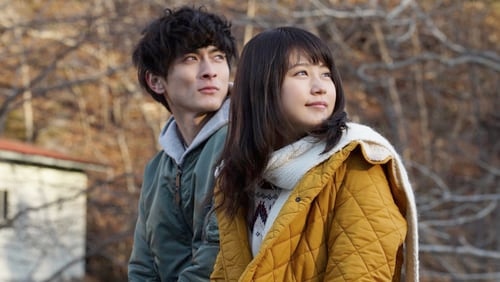 Love That Makes You Cry

Tolga Sarıtaş thanks for the İstanbul Aydın Üniversitesi award

At the moment, the Protector series is among the ten most popular fantasy series in IMDB

The TV company Ay Yapim is trying to negotiate with the writer Gülseren Budacioglu about the right to adapt her novel on the screen. The series will be launched in the new season. It looks like the company wants to buy the famous bokk “If the king loses,” that O3 Medya wanted to adapt as well. Who will win the jackpot? Sedef Avci will return to the screens in the new season. What project has the actress chosen is still unknown

Nur Fettahoğlu admitted that she really wants to play the role of a sick woman who fights with all the difficulties of life, remaining strong and unbroken by circumstances.

The journalists managed to talk with spouses Sinem Kobal and Kenan İmirzalıoğlu when they went out after dinner with Burak Sağyaşar and Hatice Şendil. Sinem denied claims that she allegedly joined the cast of the series Çukur. She has no projects yet. When asked whether the actress is pregnant, Kenan said that when Sinem gets pregnant, they will immediately find out about it.

Ali Ersan Duru left the series Diriliş: Ertuğrul due to the death of his character.

The creators of the revived Diriliş: Ertuğrul series warn viewers that there are only three episodes left before the big final of the country’s main show.

Ebru Şahin admitted that she is a difficult person and it will be difficult for her to find a husband. The way to marriage for her will be long. However, she is not jealous. As the actress believes, jealousy is a very unhealthy feeling.

Hande Soral in her last interview admitted that she really wants a child, but does not know yet when this will happen.