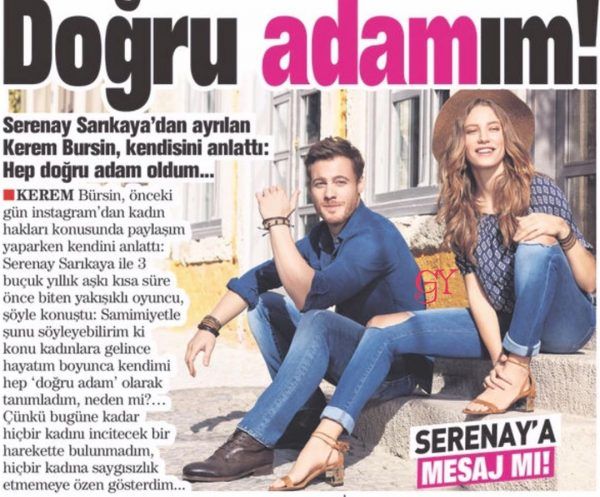 Kerem Bürsin has demonstrated his firm commitment to protecting the rights of women by writing that he never insulted or offended women and tried to treat them with respect. He tried to be “the right man”, but perhaps it was still not enough. He thinks that he needs to improve himself, be better, fight and go forward.

However, the Turkish journalists noticed  the sight of the scandal, immediately concluding that in fact, Kerem hinted that he always acted like a decent person, but his former beloved Serenay Sarıkaya was not such, and in general the separation was not his fault. According to journalists, it turns out that Kerem “throw a rock into Serenay’s pond” and a “cold war” began between the former lovers. In general, the only strategy that works with the Turkish press is to be silent.