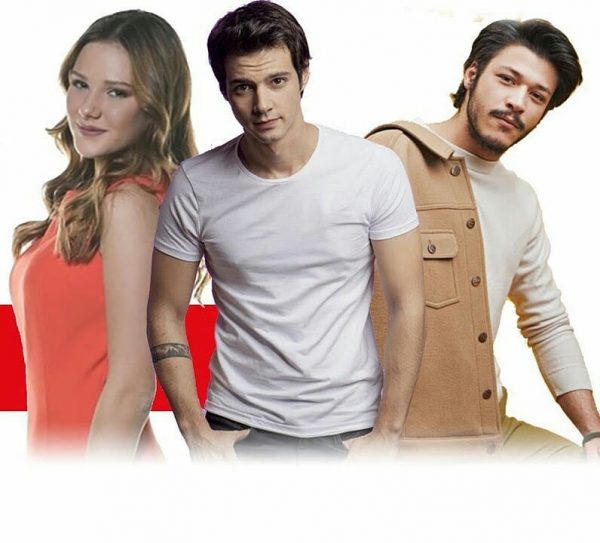 On June 26, the shooting of the series “Love 101” produced by Ay Yapim TV company for Netflix Internet platform started. The screenplay is written by Meriç Acemi, known for such TV shows as Love for Rent and Stiletto Vendetta. The first episodes will be shot by director Ahmet Katiksiz, and Deniz Yorulmazer will continue the shooting.

Filming of the series takes place at the Maçka Akif Tuncel Lyceum in Istanbul. The action will occur in the 90s of the last century. This is the story of five young people who are trying to find their place in life.

The main roles in the series were distributed as follows: Kubilay Aka and Alina Boz, Kaan Urgancıoğlu and Pınar Deniz, and Mert Yazıcıoğlu in tandem with İpek Filiz Yazıcı (familiar to the audience by her role on the TV series “Do not let go of my hand” / Elimi Birakma). Kaan and Pinar play the teachers, while Kubilay Aka, Alina Boz and Mert Yazıcıoğlu are in the leading roles of students. Bade İşçil known for the series Stiletto Vendetta is also in the cast of the show.

This is the fourth Netflix series in collaboration with Turkish producers. After the international success of the first project Hakan: Muhafiz / The Protector starring Çagatay Ulusoy, Hazar Ergüçlü and Ayça Ayşin Turan, the Internet platform decided to launch a full-scale collaboration with Turkish producers. This year, the Ottoman Rising starring Cem Yigit Üzümoglu and Tuba Büyüküstün, Atiye / The Gift series starring Beren Saat and Mehmet Günsür, and the third season of the TV series The Protector will be released.

Next year, we are waiting for the release of the series Love 101 (the expected release date is the winter of 2020), the second season of the Gift series, the fourth season of the Protector TV series, as well as ten more TV shows that are currently being developed.