Eren Devrim joined the cast of the series Sefirin Kizi

Jessica May, who went with her husband in Riza, enjoys local cuisine. She especially liked the Turkish fondue (mıhlama)

Ozgu Kaya was sharply criticized by users of social networks after they noticed a cross on her neck in a new photo that the girl posted on Instagram. Note that the actress used it as a decoration and did not understand the religious symbolism. She has already deleted the photo

Berk Oktay is gaining strength before the new season.

According to Akşam magazine Mustafa Uslu is in talks with Asli Enver who should take the place of Farah Zeynep Abdullah in the film Dumlupınar: Vatan Sağ Olsun. Recall that Farah unexpectedly left the project despite the fact that she had already appeared in the teaser of the movie

Sedef Avci decided to make her own club. Together with her husband Kıvanç Kasabalı she is looking for a place to open her own nightclub.

Behind the scenes of the series Wonderful Doctor / Mucize Doktor

Gökçe Bahadir in her last interview said that she was not trying to be sexy and did not even understand what it was. If a woman loves herself, she will be beautiful, that’s all

Eda Ece promised that the next season of the series Forbidden Fruit / Yasak Elma will be very exciting.

Alperen Duymaz is ready for the new series

Mehmet Bozdag and his wife

Berrak Tüzünataç enjoys her vacation and prepares for the new season

The last week of filming the series The Protector has begun 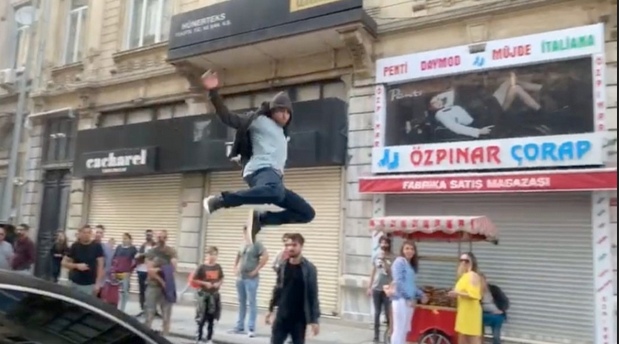