The TV series of NTC Medya for the D channel, Burn, my heart, burn / Yan kalbim yan changed the director. Şenol Sonmez left the project due to disagreements regarding the cast and the script. The new director of the series is Veli Celik

Aybüke Pusat and Furkan Andıç became friends on the set of the series Her Yerde Sen are and enjoy spending time together in the company of friends in the Zorlu shopping center. The stars talked a little with the press and Furkan denied rumors that the series will be canceled soon: there are no such conversations, work continues in full swing

İsmail Ege Şaşmaz and Berk Oktay have time together

Necip Memili enjoys the last days of vacation with his sweetheart Didi Dayicioglu. Didem is an editor of Vogue Turkey magazine

Ali Yerlikaya joined the cast of the series Eşkıya Dünyaya Hükümdar Olmaz. He will play a character named Hakan

Hande Doğandemir on the cover of MAG Magazine

Bergüzar Korel closed her Hayalim cafe. The actress is fully focused on the family and the unborn child, in addition, she continues to work in the theater, so she does not have time for business.

Birsen Altuntas confirmed the information about the new partner of Burak Özçivit, writing that Burak and Aslihan look great together 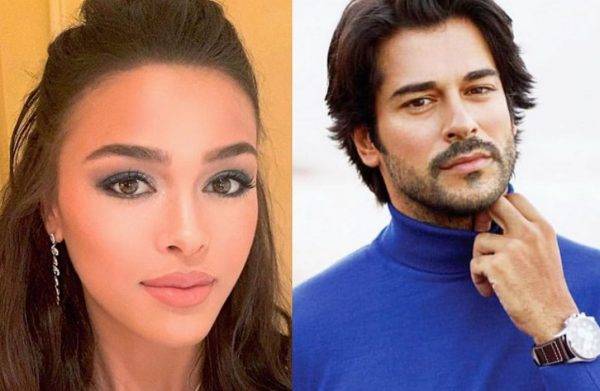 The beloved of Hazar Ergüçlü Onur Ünlü who recently published his book, decided not to stop there. In the near future he will also make a stand up based on his work.

Fan Club of Çağatay Ulusoy decided to present the actor an unusual gift for his 29th birthday: to plant trees. No matter where it will be: in forests, parks, even at home, the main thing is to show that they are not indifferent to the world in which they live. Well, at the same time to please the beloved actor, who, as you know, is a big lover of nature

Hatice Şendil admitted to reporters that she is now reading scripts, planning to return to the screens in the near future

Nazan Kesal and Ceyda Ateş on the set of the series Child. Premiere tomorrow!

The Turkish press noted a curious fact: Tolga Sarytaş and Engin Akyürek, who are great friends and clients of one agency, now also work for one company: O3 Medya