Is Çağatay Ulusoy working on a new project? 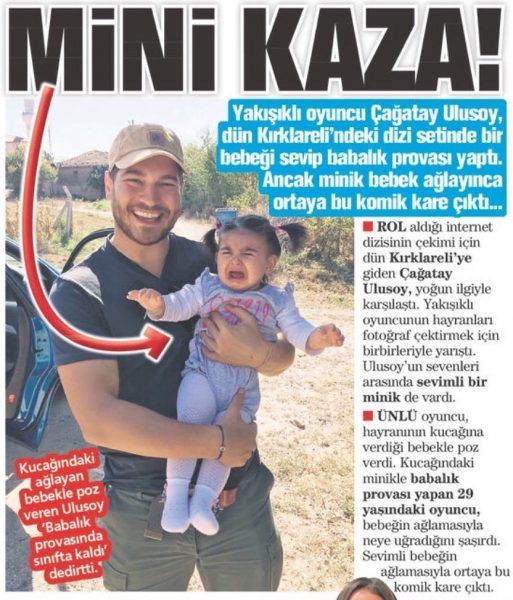 He is the most private Turkish celebrity. Each time we wonder what exactly Çağatay Ulusoy will do and each time he manages to surprise us. What is known about the future plans of the superstar at the moment?

Turkish media are filled with rumors about where Çağatay Ulusoy will go after finishing work on the series The Protector. We remind you that the shooting of the Netflix series ended at the end of August and now the superstar of the Turkish screen is preparing for a new project. However, no one knows what kind of work this will be.

Arab sources even stated that Çağatay Ulusoy is negotiating to star in new series. Moreover, two shows are being prepared for television and one is an online project. However, while this is more like fan fantasies than real information. In any case, before the release of the 3rd season of the series The Protector in December, the actor is bound by the obligations with Netflix, so nothing will be announced.

The Turkish media, in turn, published a photo of Çağatay Ulusoy with a small fan. The most interesting thing is that the article talks about the filming that takes place in the town of Kirklareli, almost on the border with Bulgaria. True, journalists claim that this is a shooting of an Internet series.

In turn, fans of Çağatay, who found and took pictures with him in this town, claim that he is really busy on the set, but of a film, not a series. This information is more like it. Recall that the famous journalist Ranini informed her readers that the actor has signed two contracts for filming, and he signed them before filming the Netflix series two years ago. Since he did not leave for the USA as usual, probably in Turkey he was held back by obligations. It seems that the work in the movie has begun, but so far no additional information has leaked to the press, and so the journalists try to guess something by their own fantasies.

READ  Hakan Muhafiz / The Protector: surprises of the 3rd season

What films will Çağatay star in? Will he choose to work on television? Will he return to Turkish TV shows? So far, all the information that we receive is fragmentary and controversial, but we are closely monitoring the development of the situation.