Hande Erçel will star in the movie and the series 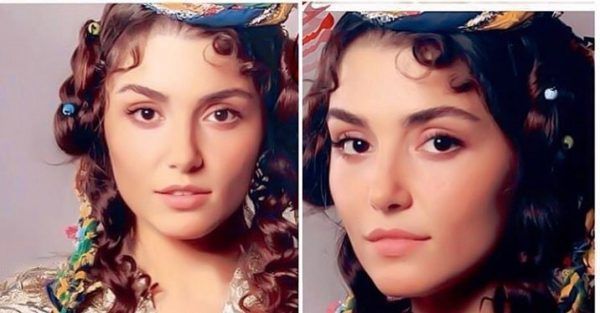 She is one of the most beautiful actresses in Turkey. She was offered a job in Bollywood and in Iranian cinema. What did Hande Erçel choose? When will we see the actress on the screen?

Some time ago, the Turkish media were overwhelmed with information that Hande Erçel would star in a Bollywood movie. However, as it turned out, it was not about the film, but about shooting commercial for the famous Indian designer Rahul Mishra. But Hande will nevertheless appear in the international project, though not Indian, but Turkish-Iranian, and this is already official information.

At the moment, preparations are underway for a new film about the life of the outstanding poet Jalāl ad-Dīn Muhammad Rūmī known as Mevlana. The title of the movie is Intoxicated with Love / Aşk Sarhoşu. Filming will take place in Konya. Starring Parsa Pirouzfar and Shahab Hosseini. The director and scriptwriter is Hassan Fat. Iranian clergy have already banned the film screening in the country on the pretext that this is propaganda of Sufism. İbrahim Çelikkol will also star in the film. After the shooting İbrahim will begin work in the TV series “My Home”, where he will become a partner of Demet Ozdemir.

Hande will play the role of Kimya Hatun – the daughter of the poet. Furthermore, she has already begun work in the new series of channel D Azize, where Buğra Gülsoy, known for such shows as Fatmagul, Kuzey Guney and My Daughter, became her partner. This is a revenge story that will turn into a love story. Whether the project will be able to win the hearts of Turkish and world viewers, we will know very soon.