The first episode of the The Ottoman / Kuruluş Osman series led the Turkish YouTube trends. In the morning the series had 1.5 million views, a couple of hours later another 100 thousand were added

Can Yaman warned his Spanish fans that he was flying to Madrid on November 24th.

The series Bullet / Kurşun makes the final in the 7th episode. The project fell victim to low ratings.

Murat Dalkılıç gave a short interview to the Turkish press. The singer said that sometimes he visits his beloved Hande Erçel on the set of the TV series Azize, as he misses her. As for the love scenes in the series, he did not watch them 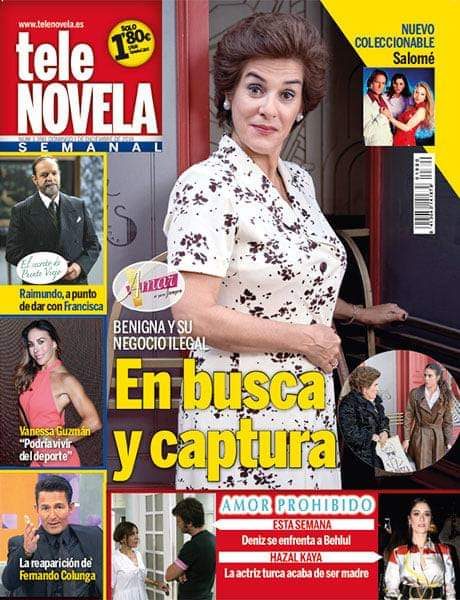 The Peruvian ATV channel announced that according to numerous requests from viewers, it will repeat the broadcast of the series “The girl named Feriha” at the beginning of next year

Feride Cetin will not leave the series Hercai. The actress is pregnant and her heroine is also pregnant, so Feride will continue to work

The Spanish television channel Divinity bought another romantic comedy. This time the choice fell on the project of Demet Ozdemir and Furkan Palali No. 309

Nebahat Çehre as Madame Firdevs in the series Forbidden Love

Former husband of Hazal Filiz Küçükköse Tuan Tunali admitted that he was considering a new marriage. This time, the chosen one of the actor is the Russian girl Yana Mazanova.

Today, Turkish viewers will see the first episode of the series Ferhat and Sirin