Tolga Sarıtaş in the TV series Ferhat and Sirin

Taner Olmez admitted that he admires Marlon Brando and dreams of playing in a biographical film about the life of this amazing actor. His career and life inspire respect and admiration for Taner

Asli Enver reacted very sharply to today’s news in the Turkish press that allegedly it was she who caused the divorce of Ozcan Deniz. The actress wrote a message on Instagram, saying that she always treated her partner as a colleague and never gave reason to doubt it. It should be a shame to be the reporters who publish this

Sedef Avci for the December issue of InStyle Turkiye

Bade Işçil for the December issue of Marie Claire Magazine

The series Our Story / Bizim Hikaye continues to gain popularity in Pakistan. The first episode of the project on YouTube has already gained 4 million views

The series Our Story / Bizim Hikaye

After changing the screenwriter, the series Dear Past / Sevgili Geçmiş changes the director. Osman Kaya became the new director of the project

Headlines in the Turkish press: “Kivanç came, Can run away”

Kivanç Tatlitug and Can Yaman

According to the gossip from the 2nd page program, the reason for the separation of Feyza Aktan and Ozcan Deniz was the continuous admiration for the actor of his partner in the series “Evermore” Asli Enver. Feyza even tried to imitate her husband’s co-star, doing the same hairstyles and dressing like Asli, but this only angered Ozcan. In the end, the couple quarreled completely and broke up 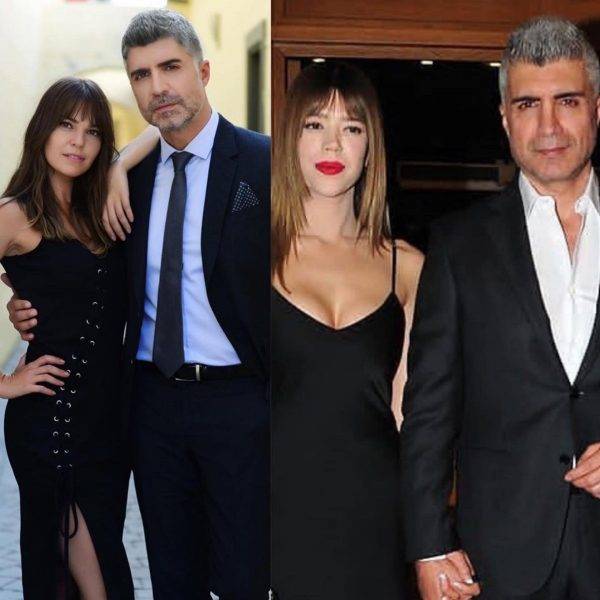 İrem Helvacıoğlu on the cover of Cosmopolitan magazine

Ilker Kaleli told reporters that he was considering the proposals, but had not yet found a scenario that could interest him. Negotiations are ongoing.

The Turkish press is pestering questions about the situation concerning Can Yaman and his crazy fans with all the actors of the Turkish show business. It was the turn of Onur Tuna. He replied that he did not know Can at all, he was probably happy and was doing what made him happy. Let everyone do what gives him joy, but he would not want to comment on this situation, since he does not know Can

Ebru Şahin knows how to present herself like a real star

Görkem Sevindik changed the image for the series Ramo. Nothing left of Kesanli

International distributor Calinos Entertainment thanks all viewers of the series Our Story / Bizim Hikaye who watch the project worldwide. And every day their number is growing

According to Eylem Ipek Safak, Jessica May is not a co-star of Çağatay Ulusoy. This information turned out to be false.