The Miracle in the 7th chamber

Today, almost all the stars of the Turkish screen express their condolences on the death of 33 Turkish soldiers in Syria. Çağatay Ulusoy posted condolences on Facebook, Twitter and Instagram 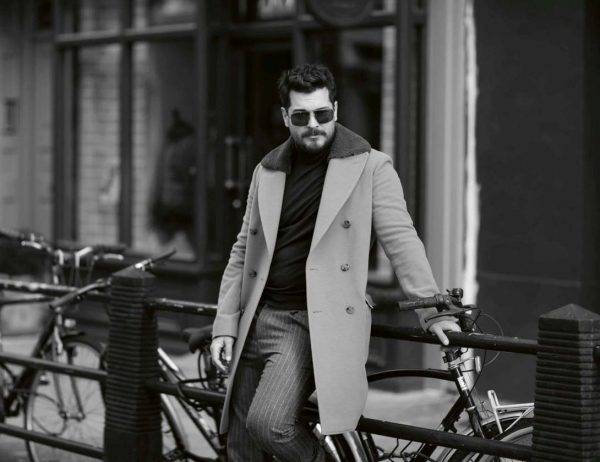 Turkish journalists considered the answer of Hazar Ergüçlü to the question about the significant age difference in the pair quite strange. Recall that the actress noticed that such questions are old-fashioned and stupid. Apparently the press does not think so.

Yesterday, Dilan Çiçek Deniz celebrated her 25th birthday with friends, among whom were Melisa Şenolsun and Büşra Develi. The actress asked reporters not to photograph them, as she had just learned about the death of 33 soldiers in Syria and did not want to disrespect the dead. However, the paparazzi still decided to continue the “hunt” for a star and the actress’s manager had to bring her through the back door.

Merve Boluğur won a lawsuit against Aslan Film. For two episodes of the series The Storm Inside Me / İçimdeki Fırtına, the actress will receive 90 thousand Turkish lira. Plus, producers will have to pay a fine. As a result, the amount that the actress should receive is 130 thousand 300 lira.

After it turned out that the host of the Söylemezsem Olmaz program, Ece Erken, had an affair with a married man, a considerable scandal erupted. Today the program has not aired and many viewers have become worried whether their favorite gossip show has canceled. However, the new episode of the program was canceled due to mourning in the country, on March 2, both presenters will again return to the screen

The series 1001 Nights continues to be the most popular Turkish project on weekdays in Spain. On weekends, the Hercai series is very popular with the Spaniards. But the Spanish audience did not like Love in spite starring Can Yaman, being in the penultimate place.

The Turkish press notes that now every self-respecting actor must necessarily demonstrate the body on the screen. And it’s better to add martial arts. The last to demonstrate both was Serkan Çayoğlu in the TV series “New Life” / Yeni Hayat

According to the Turkish press, singer Edis returned to his beloved Aylin, whom he had been dating for 10 years, but recently the couple had a falling out. Apparently, already reconciled

The Turkish press reports that a lawsuit was filed against the creators of the series The Protector of O3 Medya with a complaint about the use of Adem Biyik’s script “Kerem is the son of Istanbul.” The court appointed experts who will find out whether the script was used or not.

Can Yaman and his new selfie

The Turkish press is surprised why Gupse Özay does not want to take joint photos with her beloved Barış Arduç, although they celebrated the success of her last film together.

The actor Haluk Piyes who worked in the TV series Our Story, acquired a license to drive a truck and went to Germany, where he works as a trucker.

Yesterday, director Cem Karci completed his work on the series Hercai. Recall that the new director of the project is Bariş Yoş