Hazar Ergüçlü told about The Protector and Çağatay Ulusoy 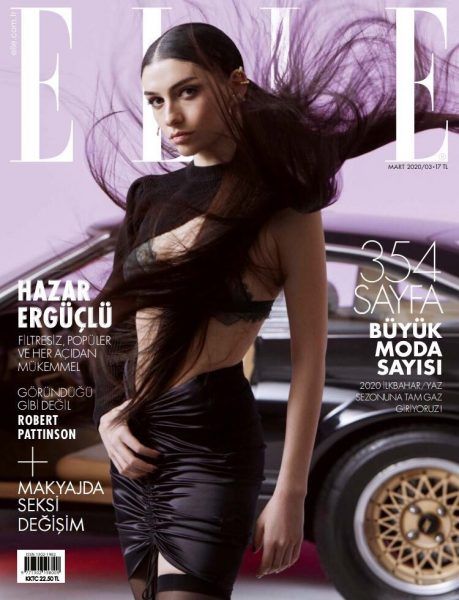 Hazar Ergüçlü appeared in a new image on the pages of Elle magazine, talking about work in the series The Protector and about her co-star Çağatay Ulusoy.

On March 6, Netflix is ​​releasing the third season of its first Turkish series Hakan Muhafiz / The Protector that has gained recognition far beyond Turkey. In contrast to the first two seasons, the leading female character of the next two seasons became Zeynep performed by Hazar Ergüçlü. Journalists of the Elle publication interviewed the actress. She spoke about her vision of the character and her experience as the project team.

As Hazar admitted, she was very pleased to work with Çağatay Ulusoy again. He is a wonderful partner and a wonderful friend. We remind you that Hazar and Çağatay became friends on the set of the TV series Ebb and Tide / Medcezir and The Protector became their second joint project.

According to Hazar, what matters is not the genre of the show in which she works, but the character. You have to understand the personage, only then you can do your job well. She does not care what Zeynep is trying to do, save Istanbul or something else. She is interested in the human qualities of her heroine, because this is the only way to reach the audience. Her Zeynep is much stronger than Hazar herself. Zeynep and Hakan quarrel, make peace, love each other, they have free relations, they are friends and each other’s weaknesses. They are full of love and tenderness. This season, Zeynep will be a strong woman who follows her feelings and finds her way.

What awaits the audience in the new season of the show? Will Zeynep and Hakan relations reach a new level? Or will someone else intervene? We will learn about all this very soon.