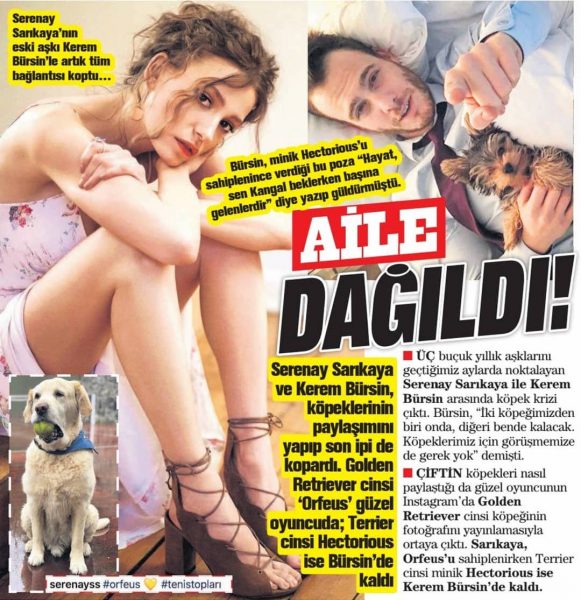 When asked whether it is true that Serenay Sarıkaya will join the Forbidden Fruit / Yasak Elma series, the journalist Birsen Altuntas advised her subscribers not to react so vividly to every fake news, thereby confirming that the information is a regular PR, which is so loved by the managers of the actress who has not appeared on television for five years.

At the same time, the news agency Medyatava, for which Birsen works, claims that Serenay will join the Forbidden Fruit next season. Apparently, the PR was not very consistent.

Also, the Turkish press reports that the actress finally broke up with her former boyfriend Kerem Bursin: the couple shared the dogs. Serenay took Orpheus, and Hector moved to Kerem, who does not want to meet his ex even because of their pets. Serenay has already posted on Instagram a photo of sad Orpheus, who has no one to play with.