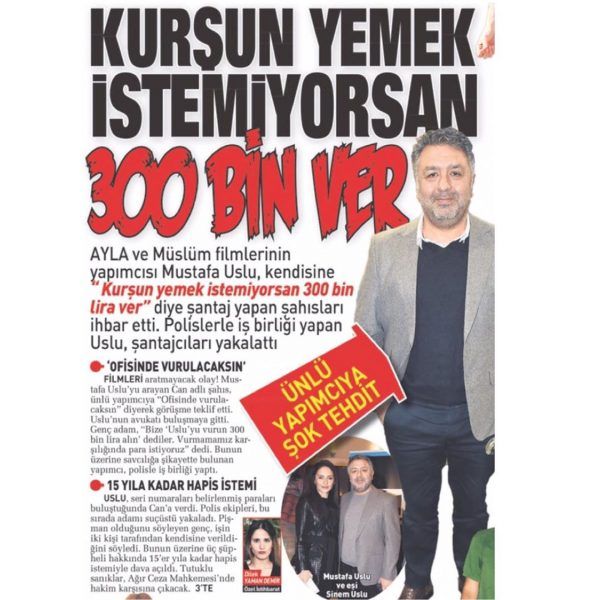 A completely fantastic story happened with the famous producer Mustafa Uslu, who created films like Muslum and Ayla. He was threatened with extortion, demanding 300,000 Turkish lira. Moreover, racketeers announced that they had received an order to kill the producer, but since he looks like a good person, they will not kill him if he gives them the money.

Of course, Mr. Uslu contacted the police, who gave him labeled banknotes and sent him to a meeting with the racketeers. At the time of the transfer of money, the extortionist was arrested. The prosecutor’s office indicted Bedrettin A. and Kenan Yildim, demanding a prison term of 15 years. According to the accused Kenan Yildirim, the idea belonged to his uncle Bedrettin A., they just wanted to scare the producer. In turn, the uncle claims that his nephew invented this story to justify himself, since he was caught at the crime scene red-handed.