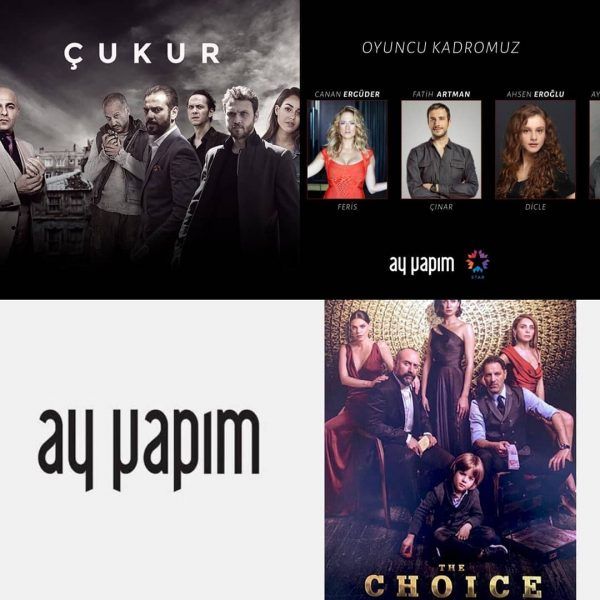 Ay Yapim has given spectators such masterpieces as Fatmagul, Forbidden Love, Ezel, Insider, The Pit, Endless Love, and continues to delight in new unexpected plots. So what series of Ay Yapim production will we see in the new television season?

For many years, Ay Yapim TV Company has remained the producer of the world’s most popular and best-selling Turkish TV series.  Ezel, Forbidden love, What is Fatmagul’s crime, Tide, Insider and many other projects of producer Kerem Çatay conquered not only Turkish, but also foreign audiences.

But in recent seasons, the company has been plagued by setbacks. The only super hit that has been on the air for three years is The Pit / Çukur. Recently, the series The Choice / Babil had a success in Turkey and has huge sales abroad (it is sold in 70 countries of the world). All of Ay Yapim’s other dramas had poor ratings. However, this did not prevent their successful sales abroad, so Kerem Çatay’s company continues to be the largest on the market.  Ay Yapim is the second most profitable production company in Turkey according to Forbes magazine (TIMS & B is in the first place).

The company is also preparing three new TV shows, two of which are remakes of popular French TV series that are available on Netflix. This is the series Call My Agent / Menajerimi Ara, in each episode of which one of the biggest stars of Turkish showbiz will appear as a guest star. Viewers will see Tuba Büyüküstün, Nebahat Çehre, Çağatay Ulusoy, Halit Ergenç and Aras Bulut İynemli in the first episodes of the project.

Another remake of the French TV series The Bonfire of Destiny / Alevlerin Ardından, is the story of the fire that turned the lives of three women. Starring Demet Evgar, Hazar Ergüçlü and Dilan Çiçek Deniz.

The series Competition / Rekabet is a project that arouses the greatest interest among fans of Ay Yapim. The original screenplay by Sema Ergenekon tells the story of a law firm whose lawyers are fighting a fierce battle with competitors. Of course, there is passionate love in the plot. The director of the project is Ali Bilgin. Officially, the leading actors of the series have not yet been named, but it is already known that Pinar Deniz and Hazal Filiz Küçükköse are being considered for the main female roles. Çağatay Ulusoy may play the role of a successful lawyer who does not hesitate to resort to any methods for the sake of his clients. If the actor accepts the offer, it will be his fourth collaboration with director Ali Bilgin, with whom they have been friends for a long time. The series will begin filming in October.

Ay Yapim TV company continues to take risks, offering its viewers atypical stories for the Turkish audience. Time will show how successful they will be.