Beating of Daria Kirilyuk – version of the Turkish press 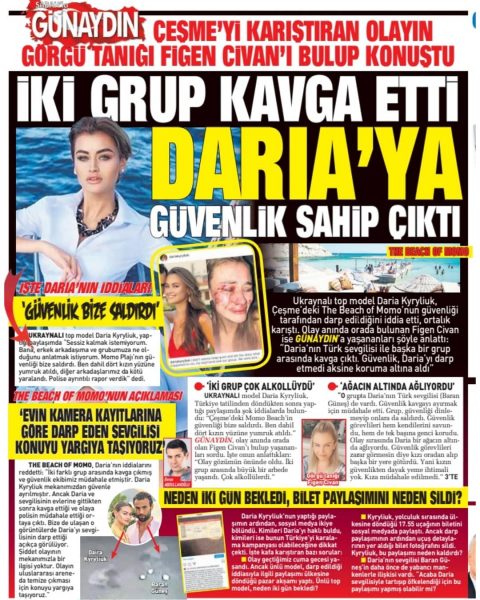 The Turkish press reported that the statement of the Ukrainian model Daria Kirilyuk about the beating of her and her friends by the guards of Momo Beach is not true. The guards separated two drunken groups of vacationers (men), who grappled with each other. The girl was beaten later, and her own young man beat her, which was recorded by the surveillance cameras.