Halit Ergenç and Serenay Sarikaya became the victims of the manager? 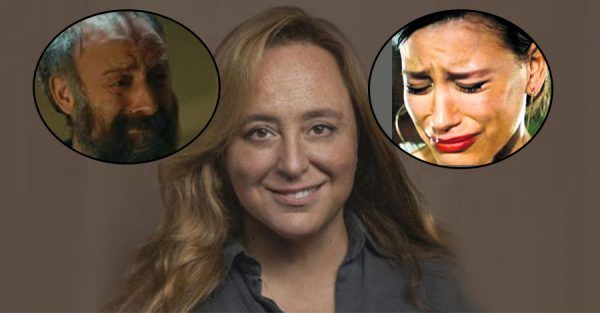 Halit Ergenç and Serenay Sarikaya became the victims of the manager?

In the Turkish show business there is a scandal with the actor agency ID İLETİŞİM and in particular with the agent of stars Ayşe Barım. For a long time now, there has been talk of Mrs Barım’s misguided strategy, which is to squeeze out her actors with everything she can, neglecting their careers.

However, the downfall of The Choice / Babil series in ratings today has unleashed language and what has been discussed in the corridors has become the public domain.

Recall that the star of The Choice / Babil series Halit Ergenç has been a client of Ayşe Barım for many years. In fact, he became hostage to the situation, since the manager could not find a suitable project for him and gave the wrong advice. When she didn’t get the ratings she wanted, she panicked and made more mistakes.

This is also the case with another client of the agent, Serenay Sarikaya, whose career took off after the series Tide / Medcezir, but she chose to play in the digital series Fi Ci Pi, and concluded several promotional contracts. Gradually she become a tabloid personality, losing the appeal of the producers as an actress.

Journalists accused Ayşe Barim of undermining the career of her actors for the sake of instant profit. The manager’s strategy looks chaotic:

1. When an actor does not get good ratings, Ayşe Barim panics
2. To avoid problems with ratings, she sends her actors to digital platforms where there is no rating race
3. To compensate for the losses due to lack of work in television, she enters into many advertising agreements
4. The popularity of the actor is supported by publications in the media, preferably in the tabloids. If possible, scandals are organized that keep the audience’s interest.

Thus, Ayşe Barim earns money, but her actors are gradually losing popularity. She does not choose serious projects that can advance the careers of stars, she chooses money and more money. The only question is – do her stars understand this and how long will they tolerate a failed agent?