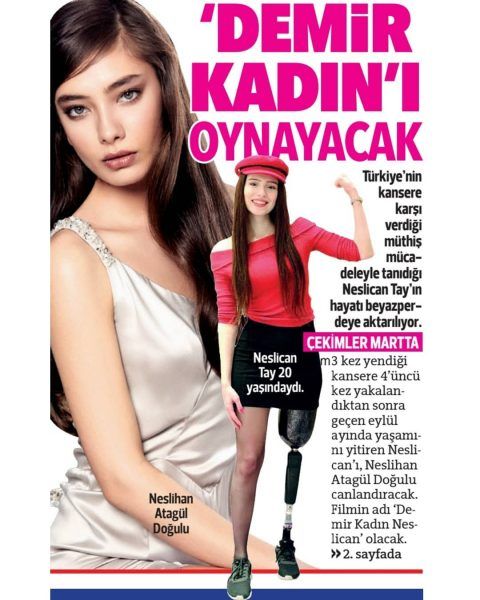 The life of a young girl, Neslican Tay, who fell victim to a rare form of cancer, will be brought to life on the screen. Produced by Ceylan Yapım, K.A Yapım and Cns Production. Filming for the project will begin on March 14 on the birthday of Neslican, who influenced Turkey with her optimism and great character, which allowed her to overcome relapses three times. Unfortunately, the fourth relapse was her last. However, Turkey remembered the girl’s words: “If I lose, I will lose by fighting.” Neslihan Atagül was offered to star in the film. Negotiations are underway with several more famous actors.