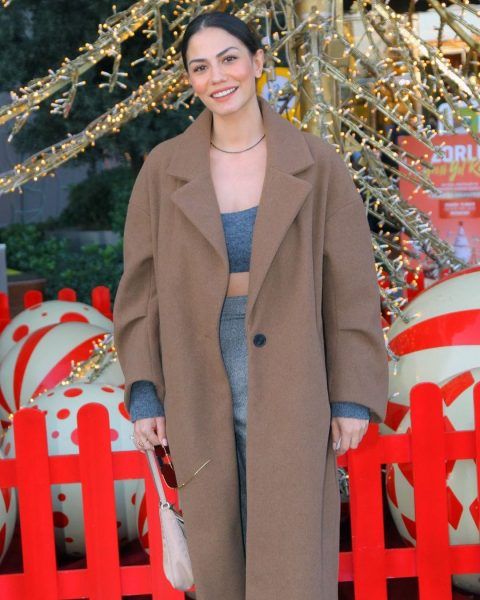 Demet Ozdemir, who continues filming in the popular TV series “My home My destiny”, delighted her fans with information about the new project. What did the star tell the press?

Great news for fans of Demet Özdemir. The actress gave a short interview to journalists who noticed her in the Zorlu Shopping Center. Demet admitted that she was not sure of the decision to release her dance video or not, but the reviews she received were very positive, which made her happy, because she loves to dance.

But the big news that was exciting to everyone was this new project of the star.  Demet said that in the summer, if nothing extraordinary happens, she was going to star in a new film. Of course, Turkish viewers immediately began to wonder which movie Demet Özdemir would be in. Many express the hope that she will work in the drama produced by Onur Guvenatam, which he is preparing for Netflix, starring Kıvanç Tatlıtuğ.

The assumption has a right to life, because Demet is now working with a producer in the series “My home My destiny”. However, so far these are just fan fantasies. It is known for sure that the contract has already been signed, and we can only wait for the announcement of the production company and the co-star.