Demet Akbağ does not regret working in the film 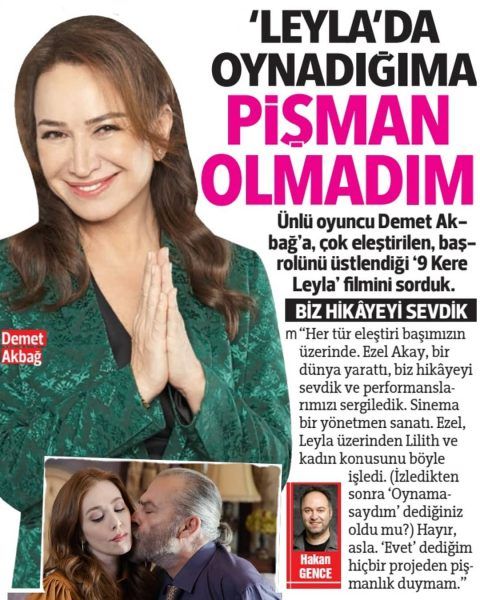 When asked by journalists whether she regrets that she starred in the film Leyla Everlasting / 9 Kere Leyla, which Turkish viewers received very indifferently, Demet Akbağ said that she never regrets any project in which she starred. The actors loved the story and the characters that director Ezel Akay created, it was his world. Cinema is the art of the director.