Premiere of the series about the last Harzemşah 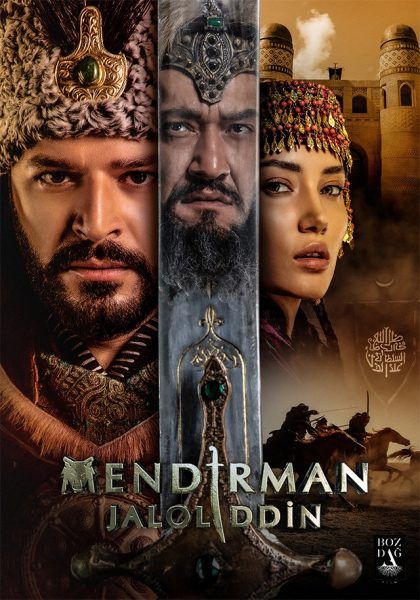 Serial production goes beyond the borders of Turkey. After the successful export of the series, Turkish producers move to produce them abroad. And one of such bold experiments was a series about the last Harzemşah, which appeared on the state television channel of Uzbekistan.

On February 14, Uzbekistan Milly TV premiered the new series by the producer Mehmet Bozdag Mendırman Celaleddin, featuring the life of the last ruler of Khwarazmian Empire Jalal ad-Din Manguberdi, whose state fell under the onslaught of Genghis Khan’s horde.

The series is said to be the largest project ever made by Turkish filmmakers. A team of 500 people led by director Metin Gunay worked on two film sets in Turkey and Uzbekistan. 200 specialists from Turkey, Great Britain, India and Malaysia were involved in the preparation of special effects. It took two years to prepare the TV show.

A team of decorators of 300 people prepared the whole city of Urgenç on 20 thousand m2 with a bazaar, hotels, houses and streets. The Sultan’s palace was built on an area of ​​10 thousand m2, including 7.5 thousand m2 of the interior palace. A camp plateau with 50 tents was built on 5 thousand m2. The series’ battle scenes were filmed in the Aksaray Ihlara and Cappadocia valleys in Nevşehir. 1,500 suits were sewn from 100,000 meters of fabric.