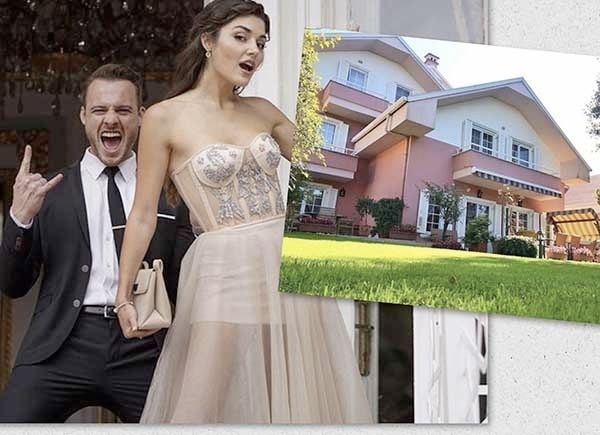 The Turkish press is full of information that Kerem Bürsin moved to Hande Erçel’s home and the lovers no longer intend to hide their relationship. Is that really true?

According to the presenter of the Magazin D program Akif Yaman, Kerem Bürsin came to visit his beloved Hande Erçel at her new home in Beykoz. All night, the paparazzi were stationed outside the house, but the couple skillfully avoided the press. Hande sent her car first, and she and Kerem came to the shooting in his car, which was parked near her house all night. The journalists managed to take photos of the cars, but the actors could not be photographed together. The press is waiting for explanations from Kerem and Hande.

Note that such sensations in the press just before the release of the next episode of the series Love is in the air /  Sen Çal Kapımı hint that this is just PR. However, given that hundreds of people were working on the set to feed their families, such publicity is quite justified. As the saying goes “May it be for the greater good”. And if Hande and Kerem nevertheless fell in love, then they hardly have to report their feelings to journalists.