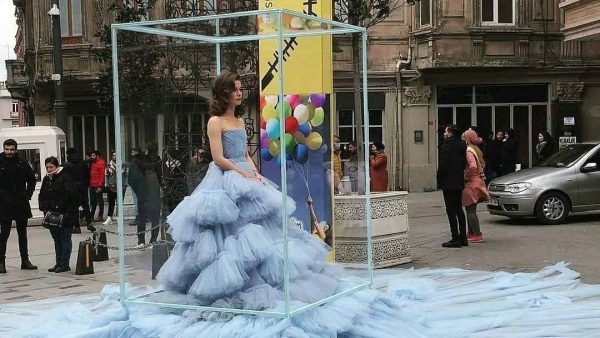 Producer Onur Güvenatam, known to viewers from the TV series Apartment of the Innocents, Red Room, My Home My Destiny and OGM Pictures have begun filming a new series The Girl Behind Glass / Camdaki Kız , which is scheduled to premiere in April. What awaits the audience?

Eccho Rights has acquired the overseas marketing rights for the TV series Camdaki Kız, which will be marketed under the name Chrysalis. Production by OGM Pictures for TV channel D. The series is an adaptation of a book by the renowned psychologist Gülseren Budayıcıoğlu.

This is the story of a beautiful young woman, Nalan, the only daughter of a wealthy family who grew up in luxury, surrounded by the love and care of loved ones. She graduated from the best schools and started working for the Koroğlu company, Turkey’s largest hotel chain. There she meets the heir to a huge fortune Sedat Koroğlu, the love of two young people end with a beautiful marriage proposal. Everything looks like a fairy tale come true, but in the past, Nalan and Sedat have dark secrets that will plunge their lives into chaos and darkness.