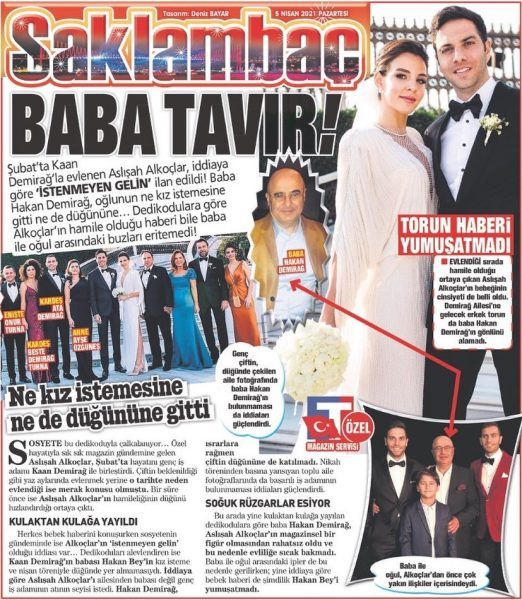 It seems that very rich people in Turkey do not always prefer a modern lifestyle. As it turned out, despite the fact that Kaan Demirağ married one of the richest heiresses of Turkey, Aslışah Alkoçlar and the marriage was beneficial to both parties, his father Hakan Demirağ did not approve of the marriage. For him, Aslışah is an unwanted daughter-in-law. And the thing is that the wedding had to be done too quickly due to the sudden pregnancy of the future wife.

Hakan Bey was not present at the engagement of his son, a close friend of the groom asked for the girl’s hand from her family, and also did not appear in the wedding photographs of the young couple. Even the news that he would soon have a grandson (usually even traditionalists soften when they hear about a male heir) did not melt the cold heart of Mr.Demirağ the elder. But before he and his son were very close.