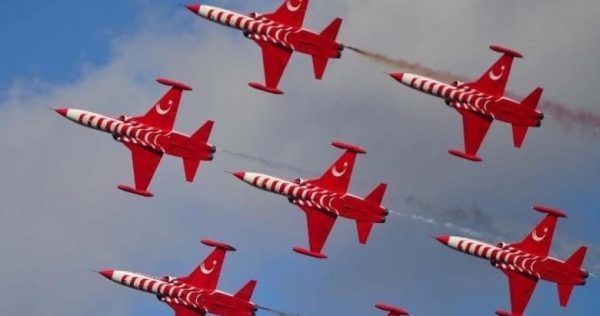 Well-known journalist Sina Kologlu reports that after big-budget projects like Barbarossa and Mevlana, TRT TV channel raises the bar even higher. The state channel plans a new completely unexpected action-style series that will tell about the pilots of the F-16 fighter.

So far, there are no details of the project, since it is at the initial stage of preparation, but now a new series is on everyone’s lips, since it will again be staged with a huge budget, very difficult, previously there have never been series of this level in Turkey. The creators of the show want to do something comparable to the famous Top Gun movie starring Tom Cruise. The project will require huge resources, including the work of the aerobatic squadron of the Turkish Air Force “Turkish Stars”.

Note that the Turkish Air Force and the pilots of the Turkish Stars group have already been used earlier in the film “Anatolian Eagles” starring Çağatay Ulusoy, Engin Altan Düzyatan and Özge Özpirinçci. However, this time the task will be even more difficult, and the costs will be even greater. Never before has the Turkish army been used on such a scale in the production of a series. You can only remember the series The Oath / Soz, which was canceled at high ratings due to exorbitant production costs. However, in the case of the state channel, the costs do not matter – the Battle Falcon will fly.