Ayşegül Çınar testifies to the police 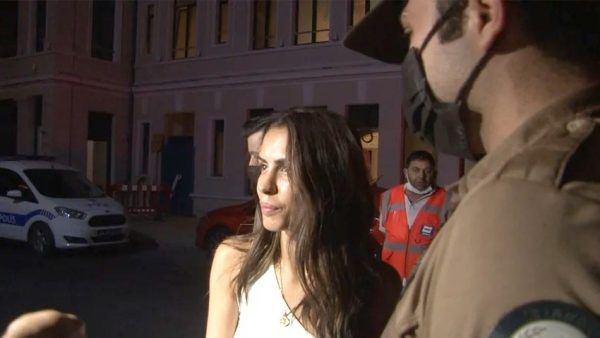 The actress Ayşegül Çınar was taken to the police station. According to the Turkish press, former boyfriend of Ayşegül Furkan Çalıkoğlu made a scandal with a girl near the restaurant. When the restaurant staff tried to interfere with him, he took out a knife and began swinging it right and left. The police who drove to the scene tried to calm down the fighter. As a result, 5 restaurant employees and 7 police officers received minor stab wounds. The riot police finally coped with the violent guy, and both participants in the fight were taken to the police station to testify. It should be reminded that this is not the first time Furkan Çalıkoğlu has been pursued by Ayşegül. He planted drugs in her car, and also put up armed resistance to the police, who could not detain him the last time.