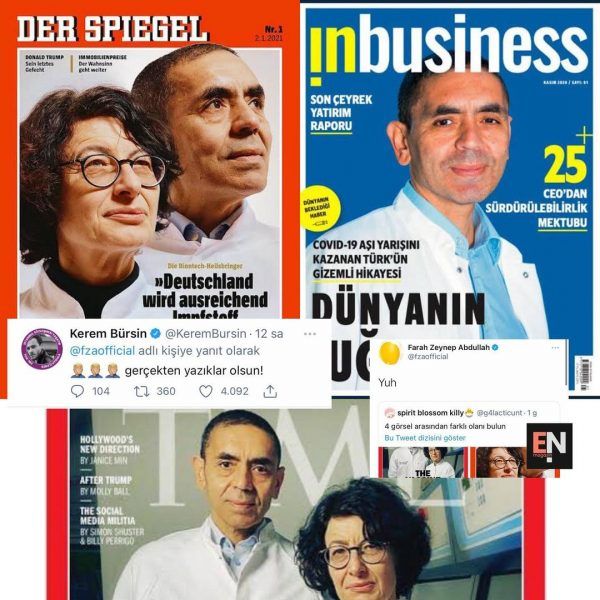 The Turkish press has once again disgraced itself. However, this time we are not talking about the tabloids, but about a quite decent publication about the business, which published an article about the creator of the BioNTech vaccine (better known as Pfizer) Uğur Şahin.

However, the vaccine was created by Uğur Şahin and his wife Özlem Türeci, who are the world’s leading experts developing not only a vaccine against coronavirus, but also a vaccine against cancer. But the respected Turkish edition … forgot about Özlem. At the same time, the world’s largest magazines, including Der Spiegel, Time, The Times, publish information about the spouses, calling them equal partners, but Turkish journalists do not know about this. Farah Zeynep Abdullah and Kerem Bürsin have already expressed their outrage at such blatant unprofessionalism and sexism in the press.