Was Meltem Miraloğlu beaten by an elderly husband? 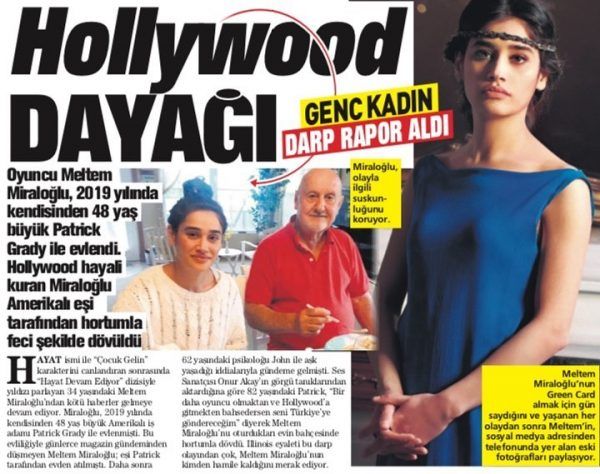 According to the Turkish press, the stormy life of Meltem Miraloğlu in the United States continues. The young woman’s husband Patrick, 48 years her senior, was reportedly beaten by Meltem after she decided to go to Hollywood to try her acting career again, and it was also revealed that the young woman was pregnant. It is not entirely clear who the father is – whether it is an 82-year-old husband, or her lover – 62-year-old psychologist Patrick. True, the Uchan kus program claims that it has another lover who is a Turk. In general, there is a child, and the rest will be shown by a DNA test.