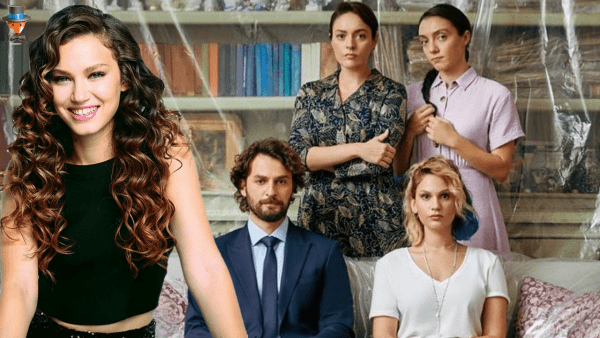 Melisa Şenolsun, who left the cast of the series Aziz before filming began, caused a lot of gossip with her sudden decision. However, the reason for her departure was banal and understandable: she was made an offer that could not be refused.

The main television season of 2021/2022 begins and, as always, on the eve of the launch of new projects, the actors sign contracts for a new job. Sometimes unexpected things happen: an actor who has already accepted one role may end up in another project.

This is exactly what happened to Melisa Şenolsun, who agreed with O3 Medya to star in the Aziz series, where she was to become a partner of Murat Yıldırım, sharing the lead role with Damla Sonmez. However, as it turned out, Melisa suddenly left the project, and as a result, Simay Barlas got the role.

Of course, rumors immediately spread that Melisa left because of a bad relationship with Damla, but everything turned out to be much easier. The young actress was invited to play one of the leading roles in the super hit Apartment of the Innocents / Masumlar Apartmani, where she will replace the departed Farah Zeynep Abdullah.

Of course, working with Murat Yıldırım is a great success for any actress, but whether the series Aziz will be successful or not, is not yet clear. On the other hand, the Apartment of the Innocents is a solid hit of the state channel, which is successfully sold abroad. This fact gives confidence in the result, including financial outcome, so Melisa’s choice is quite understandable and predictable.