Why did Melisa Şenolsun leave the Aziz series? 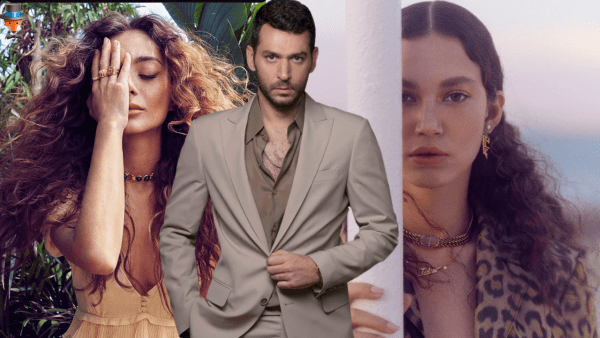 Not a single new television season in Turkey is complete without a portion of scandals, and this one is no exception. This time, the Turkish press is fiercely debating the reasons why Melisa Şenolsun left the cast of the TV show Aziz.

According to Birsen Altuntas, Melisa Şenolsun agreed to star in the O3 Medya series Aziz, but left the project at the last minute. It was officially announced that the parties did not agree on the terms of the contract, but other rumors circulate behind the scenes. It is alleged that Murat Yıldırım did not express a desire to work with Melisa. His wife Iman Elbani found the couple unsuitable and could not imagine them together on the  screen. However, other sources deny this information. Some say that the producers thought that Damla Sonmez’s rival could not be a blue-eyed blonde.

Eventually, Melisa chose to sign a contract with OGM Pictures. It is curious that a year ago she had already negotiated with the producer Onur Guvenatam for the role of Inci in the TV series Apartment of the Innocents, but in the end the role went to Farah Zeynep Abdullah. After Farah left, Melisa became the new star of the project.

Note that the TV series Apartment of the Innocents is the Turkish super hit, which is successfully sold abroad. Not surprisingly, the young actress chose to join a winning project, rather than try her luck in a new series, where she would have the supporting role. It is quite clear that this is not about conspiracy theories and the influence of Murat Yıldırım on the casting of his new project, but ordinary common sense. Let us remind that a young actress, Simay Barlas, was cast in place of Melissa Şenolsun.