Pinar Deniz, Hande Erçel and Elçin Sangu in the Disney Plus series 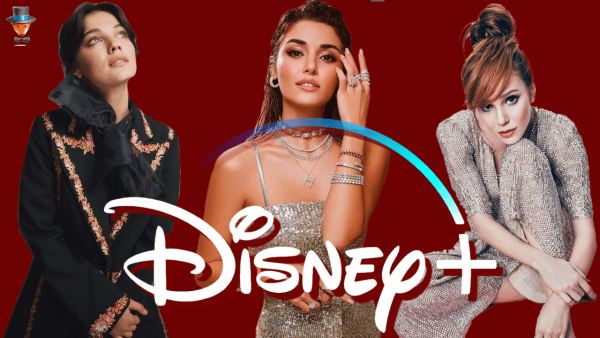 The advance of digital platforms on Turkish show business is relentless and aggressive. Following Netflix, Disney Plus entered the Turkish market and began actively recruiting stars for its own projects. Who will be playing in the Disney shows this year?

Following the tremendous success of Netflix in the world, traditional Hollywood companies have also joined the fight for subscribers, with Disney leading the way. In 2019, the company launched its own streaming service Disney Plus, which easily surpassed the 114 million subscriber mark during the pandemic.

Last year, the platform spent $18.6 billion on creating its own content. The platform’s management is closely monitoring the success of its main competitor – Netflix, which is actively expanding into international markets. Following the Asian region, Disney Plus begins production of TV series in Turkey. Recall that Netflix entered the Turkish market with only one TV show, The Protector, which proved to be extremely successful and allowed the platform to gain a significant advantage in the Turkish digital market. However, Disney Plus cannot afford to be limited to just one project.

To seize the lead from its rivals, the company’s management began production of a dozen new series at once. The first project of the platform will be the series Escape starring Engin Akyürek and İrem Helvacıoğlu. A major project starring Aras Bulut İynemli is being prepared. Ay Yapim company is preparing a new series starring Can Yaman. And now, we have new names. According to well-known journalist Birsen Altuntas, Pinar Deniz, who became famous for her work on the series The Trial / Yargi, is preparing to sign an agreement with Disney Plus to work on a new project. The platform also continues negotiations with Hande Erçel and Elçin Sangu.

We also know about the negotiations with Halit Ergenç, Kerem Bursin, Afra Saraçoğlu. However, this is only a small fraction of what the platform is preparing, since the Americans are used to conducting such negotiations in complete confidentiality. In the middle of summer, when Disney Plus officially launches in Turkey, we will see many Turkish stars appearing in the platform’s shows later this year.