Sinan Akçıl spoke about the divorce from his wife 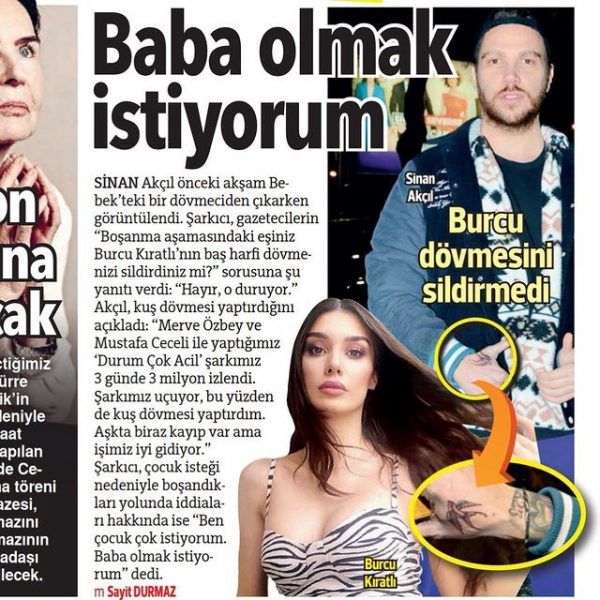 Sinan Akçıl, who was spotted in one of the tattoo parlors in Bebek the day before, refuted the assumption of journalists that he had come to remove the tattoo with the name of his wife Burcu Kıratlı. The tattoo is still on his arm, as shown. He refused to answer the question about divorce. When journalists asked if it was true that their quarrel with his wife was due to her unwillingness to have children, Sinan replied that he really wanted to have children and become a father.