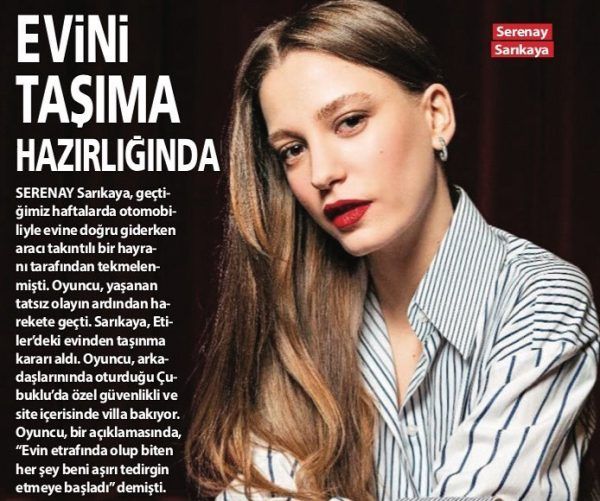 The Turkish press again reminds that Serenay Sarikaya’s car was attacked by a crazy fan, and also reports that the actress is ready to move from her house to the complex, which is located in Cubuklu and has its own security. Apparently, the exact address of the new residence of the star of the musical ‘Alice in Wonderland’ will be given later, so that after leaving the lunatic asylum, the crazy fan knows where to go (by the way, he was placed there only for a couple of months). Serenay admits that she is very nervous about being in her old house.