Who will star in the new film about Mustafa Kemal Atatürk? 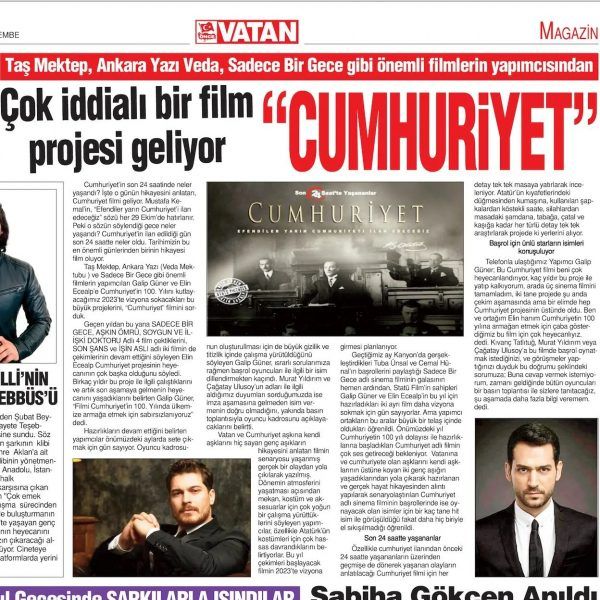 Producers Galip Güner and Elin Edealp announce the start of work on the film “Republic / Cumhuriyet”, which will tell about the 24 hours that have passed between Mustafa Kemal Atatürk’s announcement that they are ready to proclaim the People’s Republic of Turkey and October 29, when these words became a reality. What happened in this interval? The film is being prepared for the 100th anniversary of the creation of the modern Turkish state. According to the producers, they have been preparing for this project for several years.

Turkish journalists, in a conversation with the producer, asked him if it was true that he was negotiating for the main role in the project with Çağatay Ulusoy, Kıvanç Tatlıtug and Murat Yıldırım, but producer Galip Güner has so far refrained from commenting, saying that they would announce the cast at a special press conference. However, we note that the press often mentions the star names in order to raise the interest of the audience in the movies.

But the producers willingly spoke about the fact that they had carried out intensive work on the restoration of the era, costumes and accessories to give the atmosphere of the era, they note that they were very sensitive, especially to the costumes of Mustafa Kemal Atatürk. It will be not only a political story, but also the fate of two young lovers who sacrificed themselves for the Motherland, and it is based on true events. Filming is scheduled for this year.