Başak Dizer told why she would name her son Kurt 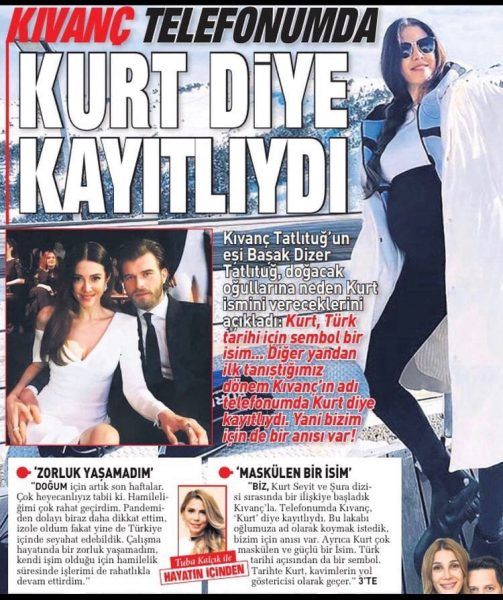 The wife of Kıvanç Tatlıtuğ Başak Dizer, in her last interview, said that she easily endured the pregnancy, could continue to work, she was only more careful and tried to isolate herself. As for the name of the baby, she and Kıvanç wanted to give a strong, masculine name, so Kurt (Wolf) as a symbol of Turkey was a natural choice. In addition, their relationship began during the series “Kurt Seyit and Sura.” For some time, Kıvanç was even listed as Kurt on her phone, so the choice was obvious.