Aybuke Pusat spoke about the beginning of her acting career 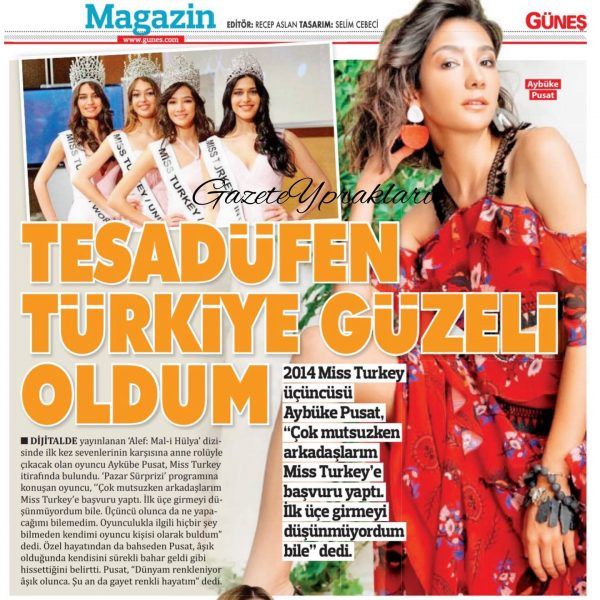 Aybuke Pusat admitted that she entered the Miss Turkey contest purely by accident. At that moment, the doctors told her that she would no longer be able to do ballet due to muscle pain, and she was depressed. Then her friends applied on her behalf to participate in the competition. The fact that she took third place was pure coincidence, she did not even think to get into the top three. And she didn’t know anything about acting. Recall that Aybuke appeared for the first time on the set of the series ‘Tide’, where she played a fleeting passion for the protagonist.