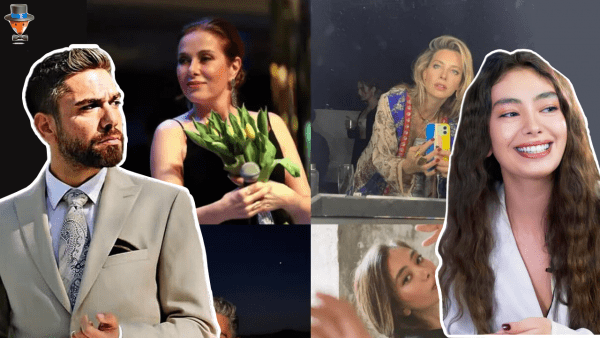 The Star TV series “At the end of the night / Gecenin Ucunda” is of great interest to fans of the famous couple Neslihan Atagül and Kadir Doğulu, who will work together again. What actors have joined the show, and when will the shooting begin?

The Turkish TV industry is in a tough time of trouble due to the arrival of powerful competitors – the international digital platforms, which are pulling off the majority of the viewers. To survive in this difficult confrontation, the creators of television series have to make a lot of efforts and make decisions that have never been seen before.

In anticipation of the new television season, Star TV has entered into an exclusive agreement with OGM Pictures, which will produce series only for the channel. Also, the channel management signed a contract with TMC Film, known for the series “1001 Nights” and “Dear Family”, to produce a new series “At the End of the Night / Gecenin Ucunda”, adapted from the book of the same name by Peride Celal.

Recall that the main roles in the series will be played by Neslihan Atagül, who will give life to a character named Macide and Kadir Doğulu. He will play the eldest son of the wealthy Isik family. His wife Nermin, former Miss Turkey, will be played by Tuba Ünsal. She will become the rival of the character of Neslihan Atagül in the struggle for the heart of a man. Zuhal Olcay will play the mother of the main character, named Sermin.

The filming of the series will begin in mid-summer after the completion of the film for the digital platform Netflix “Ah, Belinda”, in which Neslihan Atagul starred together with Serkan Çayoğlu.