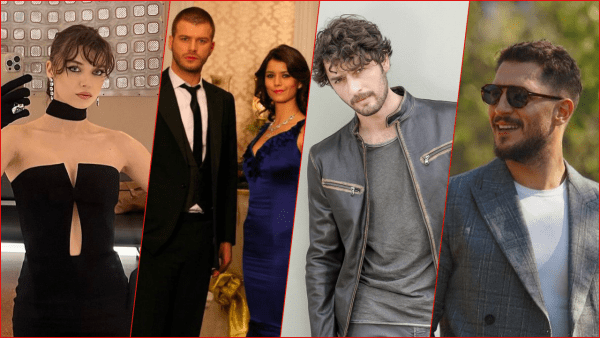 Great news for fans of psychological dramas and love shows. For the new television season, OGM Pictures and Star TV are starting to develop several projects at once with the very famous Turkish actors.

OGM Pictures, which has signed an exclusive contract with Star TV, is preparing to air 4 series at once. The shooting of the series “Kingfisher / Yalı Çapkını” started at the end of last week. Starring Çetin Tekindor, Afra Saraçoğlu and Mert Ramazan Demir. Written by Nuran Evren Şit. Directed by Burcu Alptekin, who filmed the Netflix series “Another self / Zeytin Ağacı”. The show will tell the story of a womanizer whom an authoritarian grandfather finds a suitable bride. However, events are not developing as the traditional family would like.

OGM Pictures is preparing the series “Croupier / Çöp Adam” starring Uraz Kaygılaroğlu. The authors of the script are Melek Gençoğlu, who is familiar to viewers from the series “Falling Leaves”, “Forbidden Love”, “What is Fatmagul’s crime”, “Tide”, and Su Ersöz, who worked on the script for the series “Bitter lands”. It is not yet known who will be the director of the project.

The series “Lavender Mansion / Lavanta Konağı” will be a female drama. The project is directed by Hilal Saral, known for the series “Forbidden Love”, “What is Fatmagul’s crime” and “Endless Love”. Negotiations are underway with Birkan Sokullu for the lead role in the project.

The most anticipated project “If the King Loses / Kral Kaybederse” is an adaptation of the novel by the famous psychiatrist Gülseren Budayıcıoğlu. Starring Kıvanç Tatlıtuğ. The producer Onur Güvenatam suggested Beren Saat for the female lead. Currently, Kıvanç and Beren are filming together in a movie produced by the same company. After the end of filming in New York, preparations for work on the series will begin. The director of the show is Çağrı Vila Lostuvalı, known for her previous work in the TV series “Apartment of the Innocents”. The script for the project is being developed by the same team that worked on the “Apartment of the Innocents”. This is the story of a rich and handsome man who, being married, seduces a young girl, but does not want to leave his wife, having many other casual relationships. Women’s revenge will be terrible.