Afra Saraçoğlu vs Sıla Türkoğlu: who is more popular? 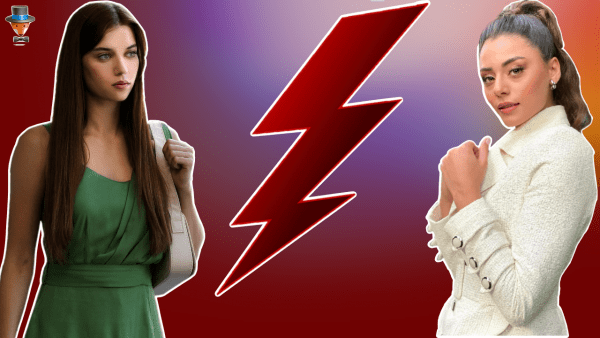 It is always difficult for young actresses to get to the top of Turkish show business. For some, fame comes immediately, others have to achieve fame for many years. Who is on the verge of success right now: Afra Saraçoğlu or Sıla Türkoğlu?

Afra Saraçoğlu belongs rather to the first category. Having successfully made her debut on the screens in the popular film “Second Chance” starring Ozcan Deniz and Nurgül Yeşilçay, she made a statement in the series “Mrs. Fazilet and her daughters”. The show of the digital platform Blu TV “Yeşilçam” consolidated her success, and the series “Golden Boy” released on the screens in the new television season became a real breakthrough. The project of the producer Onur Guvenatam has overcome the mark of 12% in the ratings and claims to be a super hit.

However, the crushing success of “Golden Boy” was bad news for another aspiring actress, Sıla Türkoğlu, who was noticed by the audience thanks to her work in the daytime series “Legacy”. Although the girl has her own fan base on social networks, the daytime series has not yet made anyone a real star. After finishing her work on “Legacy”, she decided to try her hand at prime time, getting the lead role in the series “One Love”.

Alas, the hopes of the young star are not yet destined to come true. Her TV show was released on Friday, when the audience is riveted to the screen by the characters of the series “Golden Boy”, leaving no chance for other projects. It is especially difficult for the creators of the series “One Love”, since the audiences of both shows intersect – these are stories about love and traditions, and “Golden Boy” clearly wins with a devastating score. The ratings for the first episode of “One Love” were rather disappointing, failing to make it into the top 10.

Afra Saraçoğlu can now safely claim the title of the brightest young Turkish star, but Sıla Türkoğlu will have to go a difficult way to true recognition. Before fortune smiles upon her.