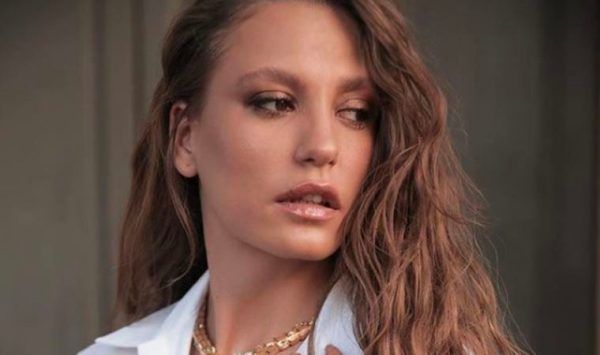 Unexpected news for fans of Serenay Sarıkaya and Burak Deniz. According to the Turkish media, the actors who starred together in the Netflix series “Şahmeran” started dating.

According to Hurriyet journalist Mehmet Ustundağ, Serenay Sarıkaya, who was dated her co-stars Tolgahan Sayışman, Çağatay Ulusoy, and Kerem Bursin, did not change her habits this time. The rumors about her affair with Burak Deniz, with whom the actress worked together in the Netflix series “Şahmeran”, are true.

Burak began courting Serenay while filming in Adana, but the girl did not give up right away. However, the perseverance of the actor paid off. This caused a crisis of jealousy in Umut Evirgen, Serenay’s former boyfriend, who even forbade Burak to appear in his restaurant. The actors prefer not to show their relationship and deny the love affair, although on the eve Burak was spotted near Serenay’s house. He was confused and said that he was on this street with a friend.

As far as is realistic is not yet known. Burak Deniz has a beloved Didem Soydan, with whom he recently reconciled. True, the journalist claims that the couple broke up a week ago. It is also possible that this is just a PR before the release of the new series of actors “Şahmeran”, which will premiere in a month.