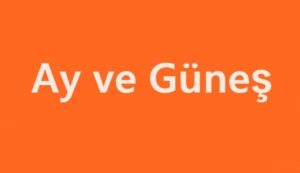 ES Film, known for the series of Filinta and The Last Emperor, bought the rights for the remake of the most famous Indian series Iss Pyaar Ko Kya Naam Doon? In the Turkish version, it will be called the Moon and the Sun / Ay ve Güneş. The TV channel of the show is not yet known. The original version of the series was successfully shown in Turkey. Also, the country was visited by the lead actor Barun Sobti. ES Film does not yet have big hits, but it has a remarkable selection of the cast with very big names and works with the state television channel TRT1, which gives hope for a finished series that will not be interrupted due to ratings as it often happens on Turkish television.