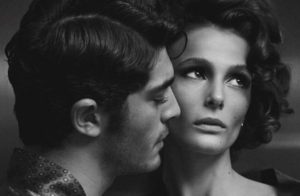 The Turkish press reports that Büşra Develi and Burak Deniz were reunited after a two-month separation. The actors were photographed together in one of the theatrical performances. According to rumors, they also went on a short vacation to Marmaris. Recall that the couple quarreled after the crisis of jealousy Büşra and spent the whole summer separately.

However, yesterday the actor was seen in Istanbul, where he drove up an “unknown” girl with whom he was immediately assigned an affair. Burak asked journalists not to write such stupid things – the girl is just a friend. However, she is “unknown” only for journalists, all the fans of Hazal Kaya know perfectly well that it’s Deniz Dede – the closest friend of the actress. She also managed to make friends with Burak on the set of Our Story series. Since the work on the second season will start on August 25, it’s no surprise that the film crew has already met. Sometimes driving a girl means just giving a girl a lift, and nothing more.